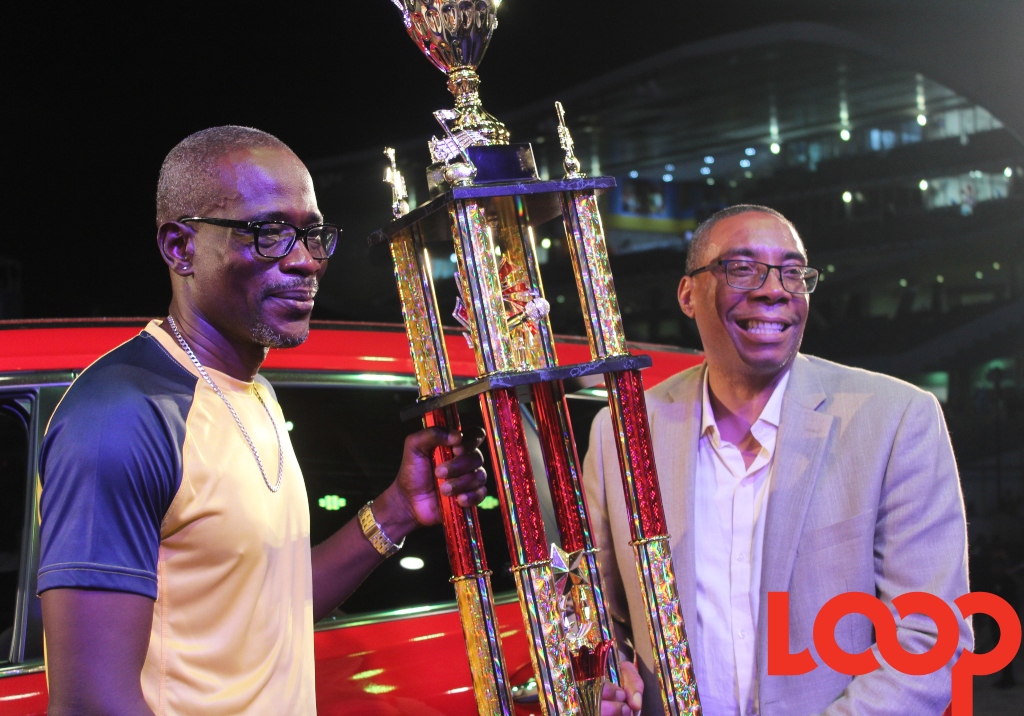 The King has spoken and he is going with the cash!

William 'Classic' Waithe announced his decision this morning on the Caribbean Broadcasting Corporation’s Festival Stage programme and accepted his cheque for $100,000 from Chief Executive Officer of the National Cultural Foundation (NCF) Carol Roberts-Reifer.

Related article :Classic takes the Pic-o-de-Crop title with 'One Song'

“Let me say that it is a very beautiful vehicle . . . it’s very tempting.  I want to thank Courtesy Garage for donating this vehicle for the Calypso Monarch . . . but at this moment I have to go with the cash.  It is more pragmatic and it makes more sense at this time in my life . . . but I just want to acknowledge the fact that it is a beautiful vehicle and we’ve got to thank the sponsor for donating,” he said when presented with his options on National Television.

Earlier this year, the NCF said it was changing the format of the Pic-O-De-Crop Competition that saw an increase in the prize money being offered for the competition, the semifinals being scrapped, 17 finalists advancing to the finals to meet the reigning monarch and, all finalists singing one song. Also, Roberts-Reifer announced the Monarch would be given a choice of a vehicle or cash.

Out of eighteen finalists, Classic, who won the Pic-o-de Crop title back in 2015, amassed 128 points to become the first competitor to cop the title in the new format.  Adrian “AC” Clarke with ‘Christmas in Crop Over’ and Terencia “TC” Coward-Thompson singing ‘Iron Lady’ tied for second place on 113 points.

The NCF CEO, in brief comments, thanked Courtesy for their participation in this year’s Festival noting that they took a chance on the Foundation and the new structure of the competition and by extension the calypsonians and the calypso tents.

“It was a tough decision. I would have gone with the car.

"The patrons on the night proved we are on to something good and something creative with this competition as we haven’t seen [such high] numbers at Kensington for a Finals night," Roberts-Refier said.

What is the Barbados' Crop Over sound?