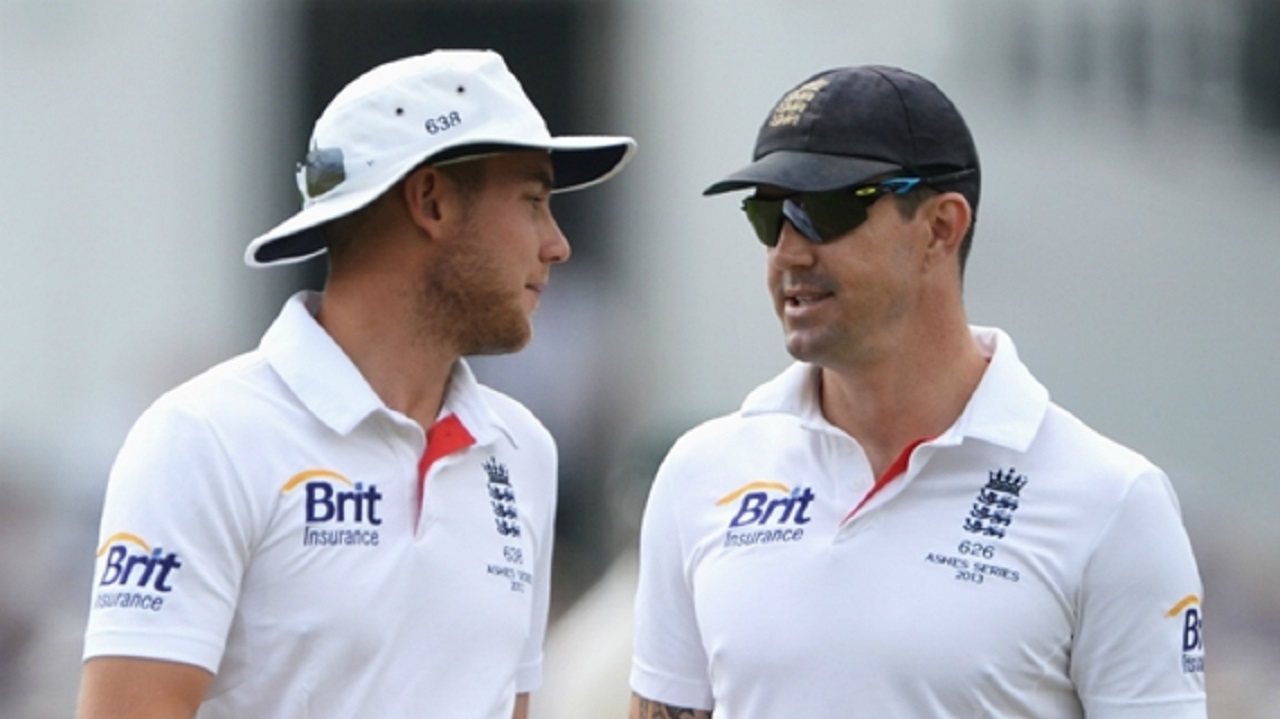 Stuart Broad and Kevin Pietersen playing for England in 2013.

Kevin Pietersen has called for Stuart Broad to be dropped for England's tour of Sri Lanka, while blasting under-pressure opener Keaton Jennings.

Broad took 16 wickets during England's 4-1 Test series win against India but they came at an average higher than his fellow pacemen.

Jennings, meanwhile, had a torrid time and scored just 163 runs in the series at an average of 18, though Alastair Cook's retirement could give the 26-year-old a stay of execution.

England are preparing to name their squad to face Sri Lanka, with a three-Test series starting on November 6, and Pietersen feels Broad and Jennings should not make the cut.

"They are going to have to find somebody else. Cook is a big loss. I know he has been wishy-washy over the last couple of months but he finished on a fairytale ending, which is brilliant for him but to replace that kind of guy at the top of the order, it is going to be difficult.

"I just don't see county cricket producing Test cricketers at the moment. The issue is deep-rooted. All the best players in the world now are not playing county cricket. They are earning their cash in franchise cricket.

Broad and James Anderson are the most prolific pairing in England's history, but there has been speculation one or even both of the bowlers could be rested for the Sri Lanka tour.

And after Anderson surpassed Australia great Glenn McGrath to become the most successful pace bowler in terms of wickets in Test history, Pietersen said Broad should sit the series out.

"I would have dropped him last winter. He doesn't perform that well away from home," Pietersen added of Broad.

"He had one good Ashes series and what he delivered for England in the big Ashes series last year was hopeless.

Pietersen confirmed his retirement from the sport in March, the 38-year-old having scored 8,181 runs in 104 Tests. He was named Player of the Series after leading England to the World Twenty20 title in 2010.