Players in the renewable sector should have no fear 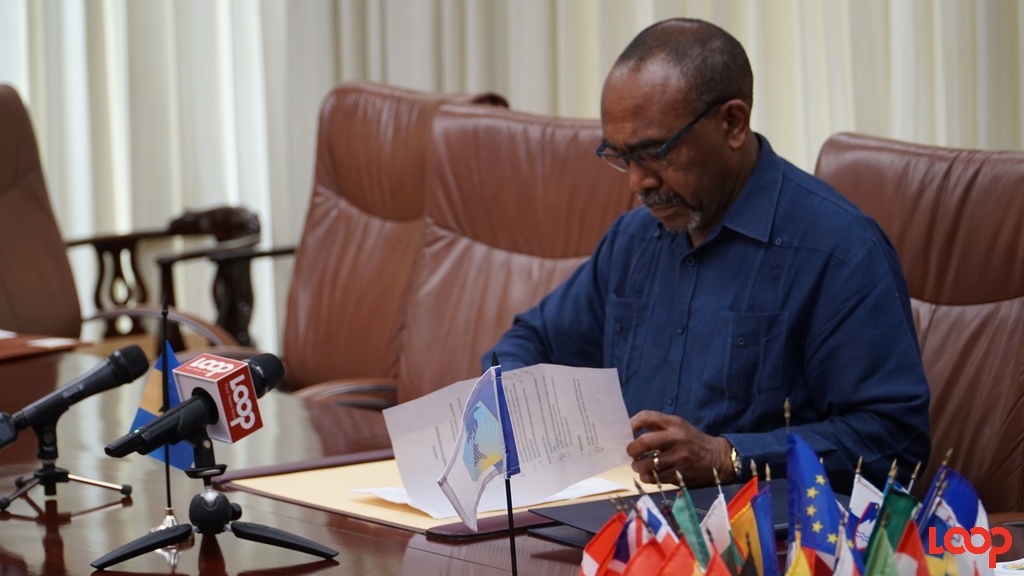 In a few weeks time major and minor players in the renewable energy sector, including the Barbados Light and Power Co. Ltd., will know exactly where they stand as it relates to the new taxes, and they can look forward to workarounds.

This assurance came from Senator The Hon. Darcy Boyce, Minister in the Office of the Prime Minister with responsibility for Energy, Telecommunications, Immigration and Invest Barbados.

Speaking to Loop News on the sidelines after a signing ceremony at government headquarters this morning, he said that they have found a number of “ways to get around any breaking that the National Social Responsibility Levy might impose on the sector”. But he did not share the exact measures or plans.

“We can do it, and when the Minister of Finance has made his decision as to how he is going to do it then we’ll decide the ways to execute, but we do have a couple of ways so the people in the sector still are able to maintain the profitability that they want.”

Knowing that discussions with the Minister are priority, he said that meetings are set to get the questions and concerns expressed by persons in the sector answered since the Budget was laid and with the new Foreign Exchange Commission and raised National Social Responsibility Levy set to be implemented from July 1, 2017.

“We will soon have the decisions from the Ministry of Finance on these charges. Once we get that, then we will figure out what we do but rest assured they’re gonna, we are going to find a way that the momentum isn’t reduced.

It’s only going to be another week or two before they know how we are going to go and we will find ways to deal with that, to deal with matter.”

Therefore he told players in the renewable energy sector to remain committed and to those thinking to enter the sector, “I would still encourage them. We want them to come in and we’ll find a way to get them in.”

Noting that the discussions are still ongoing, the Barbados Light and Power Company Ltd. a player in the energy field said that until the meetings conclude, they cannot say how their consumers will be impacted.

Asked if persons can expect raised prices in terms of their electricity bills, Managing Director of the Barbados Light and Power, Roger Blackman said that he cannot comment specifically at this point in time, “but we should be able to do so soon.”

He explained the reason for the delay, saying, “We are still having discussions. As you would have heard there were some meetings earlier in the week with the minister and we’re continuing to have those discussions to understand exactly what is the impact.”

The signing ceremony was for the Government's Energy Efficient Retrofit of Public Streetlights under the Public Sector Smart Energy Programme. The signatories were Senator Boyce and Light and Power's Managing Director, Roger Blackman. The programme is being funded collectively by the Inter-American Development Bank and the European Commission.