'Plenty room' for lawyers in the profession 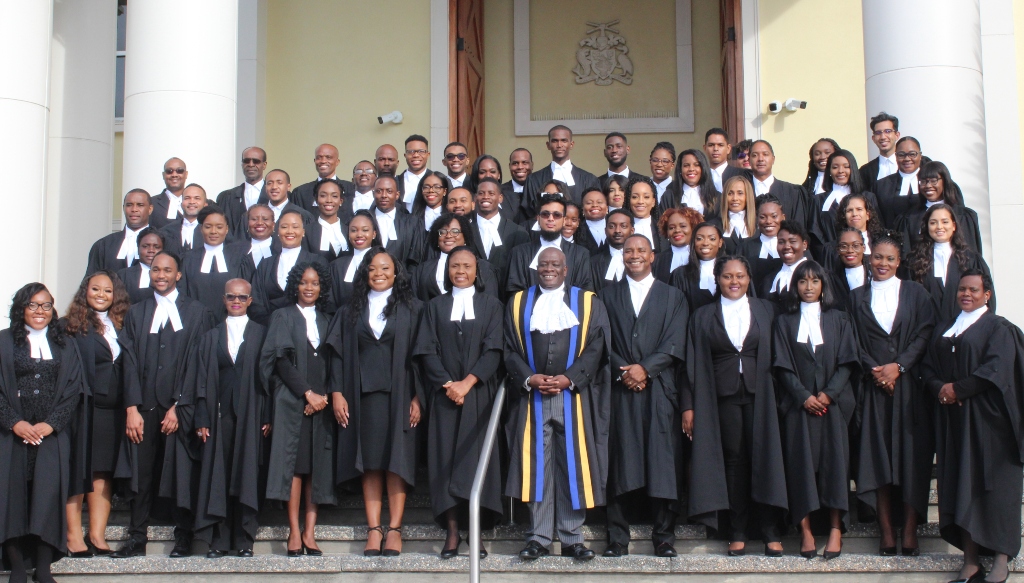 The number of lawyers called to the BAR has increased significantly- a total of 61 were sworn in today during a ceremony at the Supreme Court.

Acting Attorney General, Wilfred Abrahams told members of the media he disagrees with the notion that the profession is too saturated, adding, there will always be a place for an attorney who works hard.

“If you are good, you will succeed. If you are not then you will find something else to do. All are not going to make it. We are too narrow, quite often, in how we see the legal profession… there is plenty, plenty room for lawyers practicing criminal law.”

If one or two or three of these become the next great lawyer in Barbados or help us to develop our jurisprudence then the 61 who were called to the BAR were enough.”

Abrahams said he would not discourage any person from entering the profession, noting that the “traditional areas of law have opened up over the years.

“We keep graduating management students and business students at UWI and not everybody finds a job. Why should law be that much more special? I believe that everybody that wants to study should study law and competition and the market will take care of the rest.”

Chief Justice Sir Marston Gibson said he is “impressed” with the number of lawyers called to the BAR- particularly the number of males, 21 in total.

“Maybe the boys are not all on the block anymore. Maybe they are studying, that is a good thing.”

He expressed concern about the lack of attorneys who choose to specialize in criminal law. He said he believes more females are coming into the profession and this group maybe hesitant about the requirements needed to fulfill the role.

“They [women] are intimidated by going up to the prison… but they are a few who have gone on and made a good living in criminal law.

I haven’t given up hope. I let them know why they need to do this and the important public service that they will be performing. At some point, I think they will do it.”