PM and Inniss give LGBT hope for change 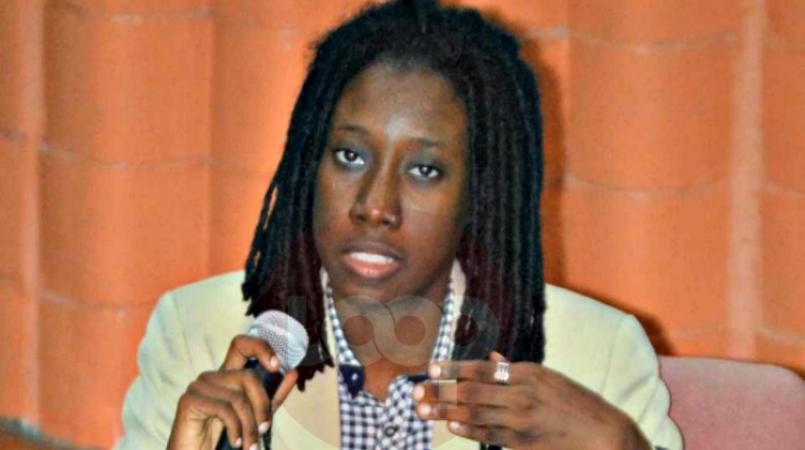 Let the Prime Minister’s call to stop judging members of the Lesbian, Gay, Bisexual and Transgender (LGBT) community be not only a good gesture but follow it up with action and legislation.

Putting the comment by the Prime Minister of Barbados, the Rt. Hon. Freundel Stuart back on the front burner today as Barbadians joined with people around the world to celebrate International Day against Homophobia, Biphobia and Transphobia was Barbados - Gays, Lesbians and All-Sexuals against Discrimination (B-G.L.A.D.).

Co-Founder and Director of B-GLAD, Donnya Piggott told Loop News that it was a conscious decision to lead-off today’s social media campaign with the Prime Minister’s quote.

“…whether homosexual behaviour derived from nature or from nurture, it does not lie within our competence to sit in seats of judgement and t condemn those who pursue that practice.”

“It is always important for people in power to defend those who don’t have that power and become a voice for those who don’t have that power, and for that reason, I thank Freundel Stuart for what he said and I thank Donville Inniss for what he said, but we need action. Words are important, starting the conversation is important, encouraging people to be kind and not to discriminate and all these kinds of things are important but you’re in power for a reason. You have the power to change things, so back it up!”

In light of the recent comments by the Minister of Environment, Denis Lowe, who cast judgement on persons who enter into same-sex relationships and those who would argue for same-sex marriages, along with the rebuttal by Minister Inniss, Piggott said it was serendipitous.

“I think today was a great day for advocacy especially coming on the heels of the Denis Lowe comment and the Donville Inniss comment. It is really a day when LGBT issues were highlighted and to be honest, I thank Dennis Lowe for that, for talking a mess and I don’t think that he even knew he was doing it on the eve of celebrating International Day against Homophobia.

“He is just an example of the kind of things that we need to stamp out. You know, this intolerance and politicians focusing on this kind of rhetoric that is not helpful.”

The Commerce Minister, Inniss, came to the defense of the LGBT community to some extent after his Cabinet colleague Lowe had made his judgemental comments. To which Piggott extended her gratitude but she also cautioned Inniss to be mindful in his defense as a member outside the community. She said that his comments on persons not suffering discrimination were not accurate or true.

However, to both ministers who ruffled some feathers and got many people talking about LGBT rights at this time, she stated:

“Thanks Denis Lowe and I really have to thank Donville Inniss too, even though some of what he said was problematic as I don’t believe that anybody who is not part of the community can speak on behalf of the community so when said things like there has never been discrimination in Barbados. Like who are you? Are you gay? Do you know what experiences we feel? So on one hand I want to thank him and on other I want to tell him to be careful with his words and be mindful. I do appreciate the comments he made about not judging.”

Going back to why she posted the PM’s 2014 quote on the B-GLAD Facebook page today, she said, he put it “quite nicely” and it made a good foundation for her call to act.

“It was a powerful thing coming from the mouth of a Prime Minister, but apart from that, we need some action.

“We need some action from our parliamentary representatives. And if Donville Inniss or Freundel Inniss or whoever is going to say something like that, then back it up. Let us see you implement an anti-discrimination legislation against LGBT. Let’s see you start the conversation on getting rid of this buggery law. Let’s see you put these words into action and make something happen.

“That’s what it is about, it’s about working on the momentum created by the politics. Lowe started it and we want to bring the Prime Minister into the conversation so that besides the talk, although it’s helpful; I don’t want to say that what he is saying is not helpful or what politicians say isn’t helpful because they are persons of influence whether we like it or not and people will be affected by what they say. So if they say, ‘Well judge not’, you may not like that but you will give them a little ear.” 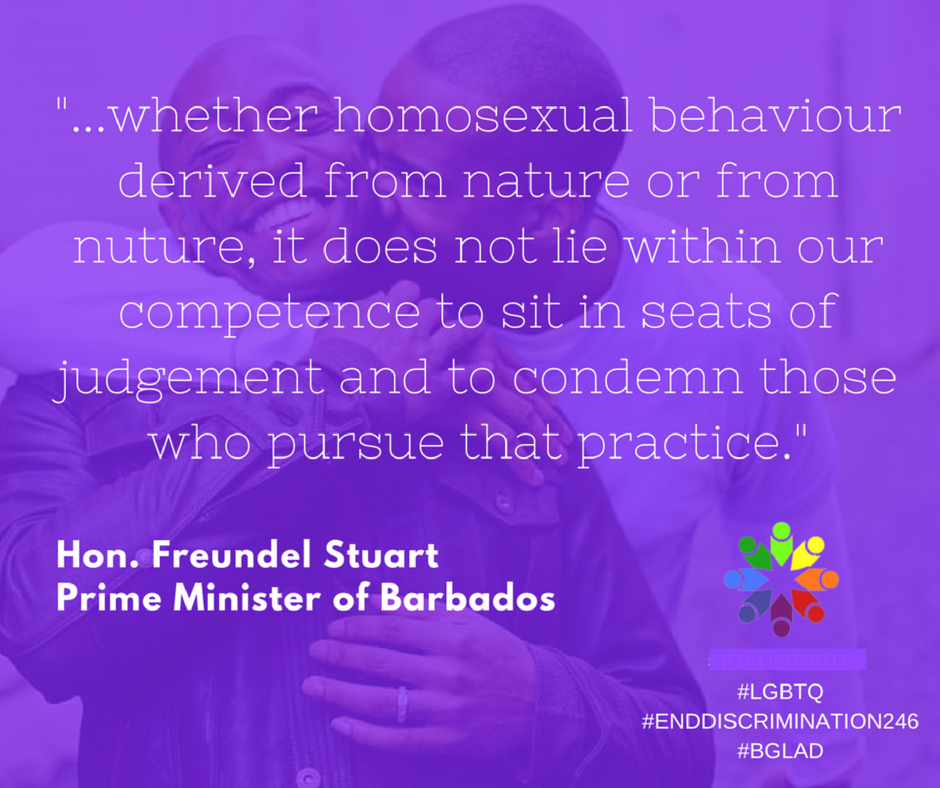