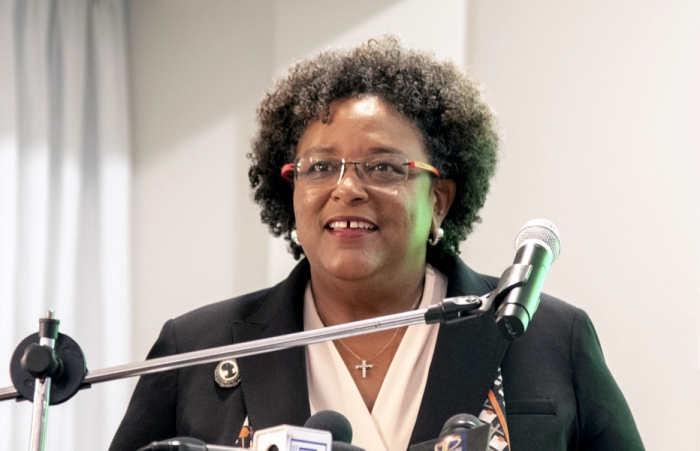 Prime Minister Mia Amor Mottley is part of the CARICOM delegation which is meeting today with Secretary General of the United Nations (UN), António Guterres, to discuss the political crisis in Venezuela, and request assistance in resolving the issue.

Ms. Mottley has been invited to participate in the meeting by Chairman of the Conference of Heads of Government of the Caribbean Community (CARICOM), Dr. Timothy Harris, who is also Prime Minister of St. Kitts and Nevis.

Several Heads of Government of CARICOM and Foreign Ministers met in a special emergency session last Thursday to discuss the current situation in Venezuela.

They agreed that the long-standing political crisis, which has been exacerbated by recent events, could only be resolved peacefully through meaningful dialogue and diplomacy. In this regard, the Heads of Government offered their good offices to facilitate dialogue among all parties to resolve the deepening crisis.

The Heads of Government have already called on external forces to refrain from doing anything to destabilize the situation in Venezuela, and called on all actors, internal and external, to avoid actions which would escalate an already explosive situation to the detriment of Venezuelans.