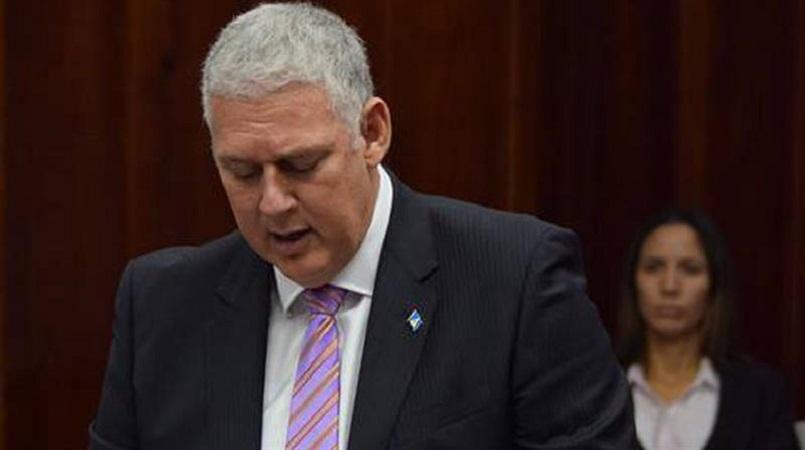 St Lucia's Prime Minister has delivered the good news that two American banks will keep locations and operations in the Caribbean.

In light of some Canadian banks decreasing their footprint in the region, he made the disclosure in St Lucia's parliament this week.

"Mr. Speaker, on November 19 I was part of a delegation from the Caribbean Community (CARICOM) which participated in a Roundtable discussion in the US Congress, to address the matters of correspondent banking and de-risking.  This meeting emanated from a decision of the CARICOM Heads of Government during our meeting here in Saint Lucia early in July of this year, where we agreed on the need, as part of a CARICOM strategy to engage key parties in the United States.  This in light of the threat of our financial institutions losing critical relationships with US banks.

Congresswoman Maxine Waters, Chair of the Financial Services Committee of the United States’ Congress hosted our Caribbean delegation.  Significant, Mr. Speaker, was the attendance of other legislators and senior representatives of major US banks, not least being Wells Fargo and Bank of America.

As CARICOM, we thought it vital that we engage the US government and key industry players, on actions to address decisively, the actual and potential challenges posed to our economies by the de-risking actions that have been taken by US banks.

According to CARICOM reports, by mid-2018, between 25% and 75% of the 50 banks operating across CARICOM Member States had reported either termination of or restrictions on correspondent banking services. Other negative consequences of de-risking have been an increase in operational costs, an extension in the processing time for international payments, as well as increased difficulty in account opening or securing banking services.

Mr. Speaker, our domestic banks rely on correspondent banks to access international financial markets and overseas geographic regions.  Without this intermediary service, numerous transactions that are routinely carried out on behalf of all of us, clients of the banks, would be impossible.

Without correspondent banking relations, commonplace actions that we as ordinary people have grown to take for granted - such as online shopping, booking a flight or hotel room, a visitor using a credit card to purchase a meal from one of our local restaurants, sending or receiving remittances from loved ones overseas, private sector payment for goods and services – all of which are facilitated by correspondent banks, could not take place.

Maritime transport companies, cruise lines, airline companies, international goods manufacturers, traders and retailers from basic foodstuff to fine jewelry and luxury items all trade across international borders and require the correspondent relations between banks in order to do so.

Simply put, Mr. Speaker, without correspondent banking, Mr. Speaker, our economies could grind to a halt.  I could not underscore enough the serious ripple effect that kind of economic decline would have for individual countries, the region and the wider hemisphere.

What, then, have we been doing, in light of this?  All CARICOM countries have been taking steps to enhance our Anti-Money Laundering- Countering Financing of Terrorism (AML-CFT) capability.

Honourable Members would recall that here in Saint Lucia, we amended the Anti-Terrorism Act (Act No. 28 of 2019), in order to strengthen our ability to combat terrorist financing; recommended amendments have been made to other laws such as the Money Laundering (Prevention) Act, and new legislation – the United Nations Sanctions (Counter-Proliferation Financing) (Act No. 29 of 2019), designed to combat proliferation financing, has been enacted.

We have also been working on capacity building, training our judiciary and enforcement agencies, as well as increasing the staff in these agencies.

There is, nevertheless, considerable work left to be done if we are to halt and reverse the trend towards de-risking and ensure CBRs are re-established.

Mr. Speaker, our engagement with the various parties in Washington was one critical step in that direction.  It was acknowledged that the loss of CBRs is also having a deleterious effect on institutions outside of the Caribbean, including US domestic banks.  We agreed to work together to address the vexing matter of compliance.  In that regard, the OECS proposal to establish a Single Compliance Department was welcomed. We also agreed to re-consider the structure and governance of our financial review units to ensure they operate independently and are not viewed as arms of the executive, thence open to undue and improper influence.

In improving our compliance mechanisms, we were encouraged to consider the approaches set out in the Wolfsberg Principles and to embrace Know Your Customer, Anti-Money Laundering and Counter Terrorist Financing best practice policies.

A great success, Mr. Speaker, was that Bank of America and Wells Fargo both reaffirmed their commitment to remain in the region.  This is particularly important, because apart from facilitating transactions, banks like Wells Fargo also provide other services to regional banks, such as wealth management and loans."