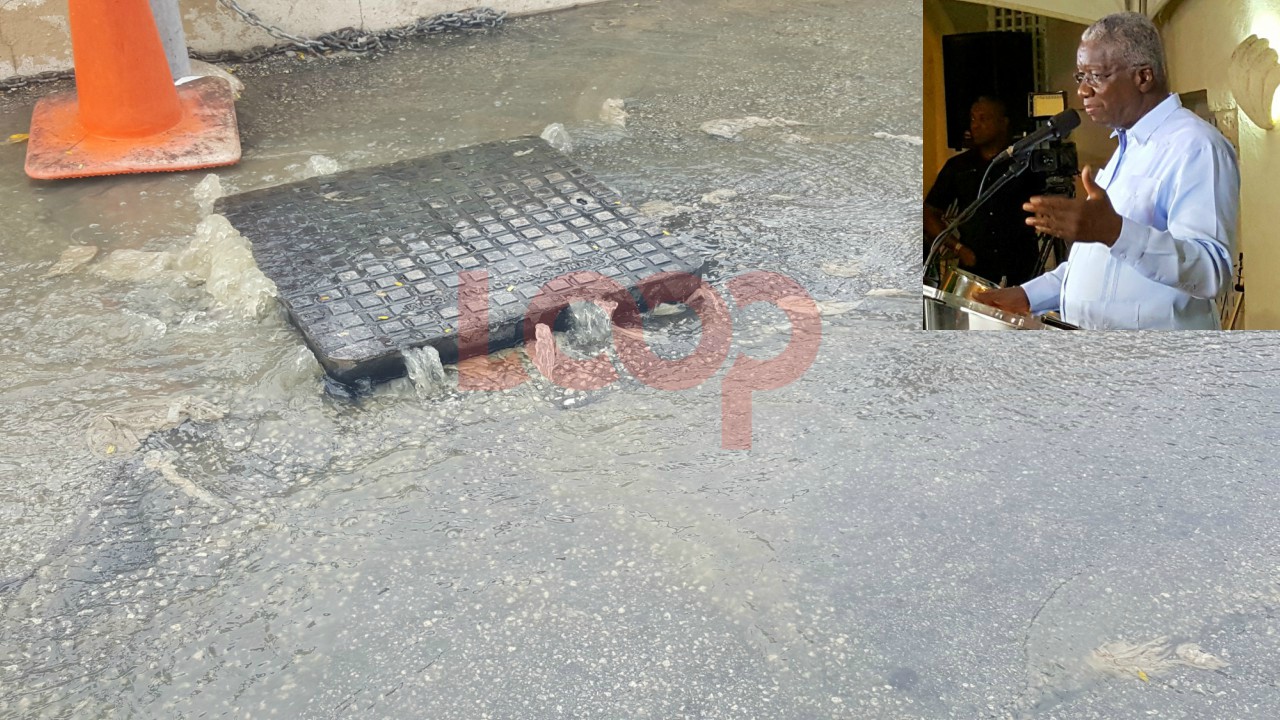 Prime Minister the Rt. Hon. Freundel Stuart is not in the dark on the South coast sewage issue. In fact, he has background knowledge that many Barbadians have never got wind of over the decades.

Today, Prime Minister Stuart gave the assurance that the South coast sewage problem is daily receiving the attention of his Government.

He gave this reassurance at the Barbados Chamber of Commerce and Industry’s 2018 Business Luncheon at the Hilton Barbados Resort, today, Wednesday, January 24, 2017, as he responded to a question on the ongoing sewage problem on the South coast.

“The Cabinet discusses it every single week because we get status reports on what is required to be done…. The matter cannot be allowed to continue as a problem that is a source of irritation to people from day-to-day. When you tackle it, you have to tackle it in such a way that a final solution is secured….

“[However], the one thing we are not going to do is to wildly throw money at it and it lasts for six months and then six months down the road we are dealing with the same problem again. We are going for a solution that can make everybody happy and make them happy for a long time.”

The Prime Minister disclosed that the Government has been receiving technical assistance from the Inter-American Development Bank (IDB), which sent back a report on the matter only today. He pointed out that the report was based on combined reports from the Barbados Water Authority (BWA) and the consultants who came in from Trinidad last month.

Stating that he had taken a cursory glance at the report which was received today, he further disclosed that the IDB had asked additional questions in its quest to get the situation resolved, and he promised that Government would follow up on it.

“But the point I am making is that even while that is happening with the IDB, at the BWA and through the Ministry of Health … we are committed in the short term to some mitigation measures where possible,” he stressed.

He reiterated that the matter was being evaluated and Government was relying on and taking the wisdom and insight of the experts in that area seriously.

He continued: “Let no one be misled into believing that… we are treating this lightly; it is for us a very serious agenda item but it is not a simple matter…”

The PM said that when Government became aware of the problem, “we brought as much expert intelligence as we could” to discuss how the problem could be resolved.

Related article :South Coast 'crisis' bubbling over until everyone puts in a hand

He explained that the Barbados Tourism Investment Inc. had even advanced to the relevant agency about $4 million to invest in a piece of technology that it was thought would have resolved the problem.

“We were assured it would…we got the invoice and that money was paid and the equipment was bought, it was installed and the problem still continued,” he lamented.

The Prime Minister recalled that back in 1989 he spoke to a Canadian civil engineer who was here as part of a consulting team on the building of the South Coast Sewage Treatment Plant.

“Aware of the fact that we had had some problems with Bridgetown [Wastewater Treatment Plant], I asked him whether as part of this exercise upon which he was embarked, account was being taken of the challenges that were faced in the Bridgetown exercise so that we won’t repeat any mistakes.

“He said to me, Mr. Stuart forget it, I have been working on these things for many, many years and these plants will fail; you will have problems with them …,” he revealed.

Prime Minister Stuart even pointed out that when he assumed the Attorney General portfolio in 2008, he had to settle some fairly substantial claims as a result of law suits brought by people against the State in relation to the South Coast treatment plant.