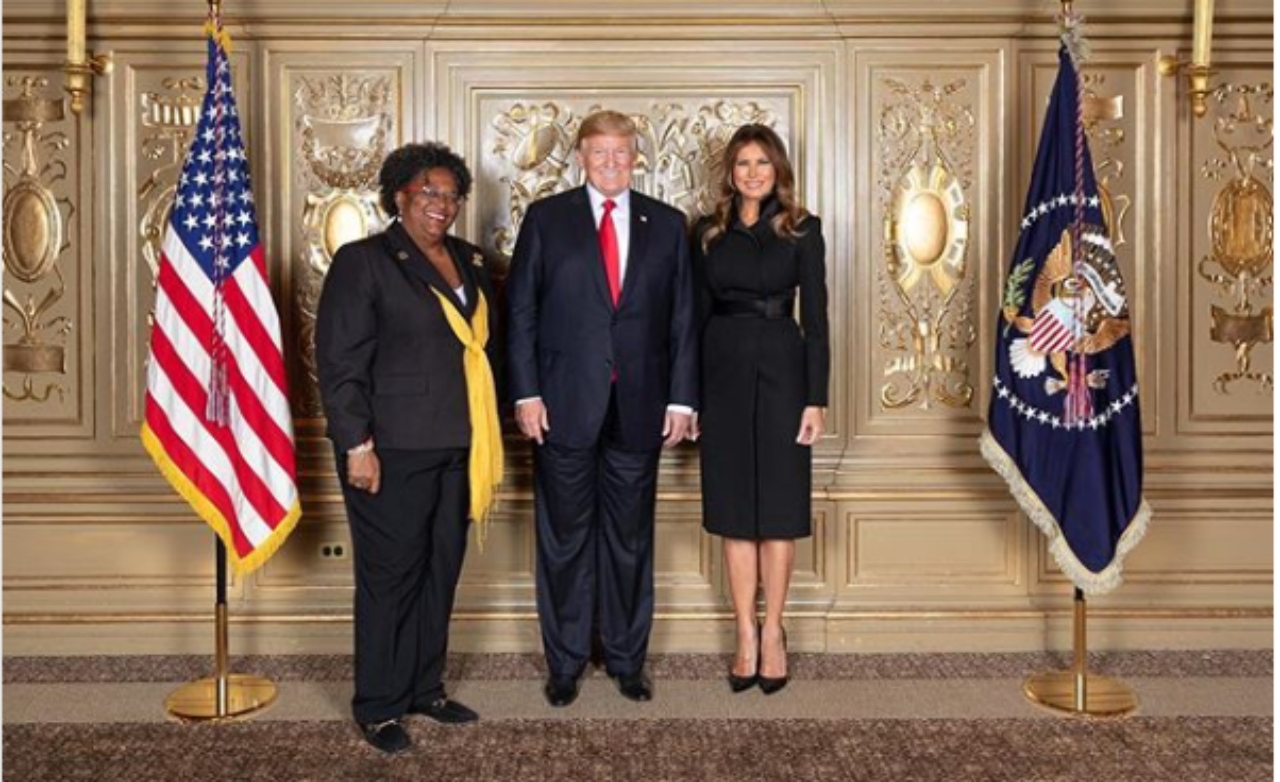 The White House photo was shared with the caption:

On Twitter, Bajans were looking at the photograph and saying that "Auntie Mia" looked as though she was standing with wax figures. However, some seemed to have expected her not to take a photo with the US President.

The initial tweet is at 30 likes, while the retweet is 10 likes. Both are being retweeted and liked constantly since being posted. These tweets have been up for at least three hours now.

The PM originally posted the photo on her Instagram where it has reached almost 2,000 likes. She added the hashtags '#InternationalRelations #BarbadosForeignPolicy' to her caption.

Over on LinkedIn where the PM also shared the photo with the same caption as used on Twitter, one person posted: "Very nice photo for the history file!"

According to news reports, the Madame Prime Minister is in NYC now, and will this evening meet with Barbadians in Brooklyn.

The Bajan Diaspora meet and greet is set for 7:00 p.m. this evening, at The Friends Of Crown Heights, 671 Prospect Place, Brooklyn between Bedford and Franklyn Avenues.

PM Mottley will deliver her first address as Prime Minister of Barbados to the UN General Assembly on Friday, September 28. She is also set to address the General Assembly’s Third High-Level Meeting on the Prevention and Control of Non-Communicable Diseases (NCDs) tomorrow, September 27.

Dale Marshall is currently the Acting Prime Minister of Barbados.