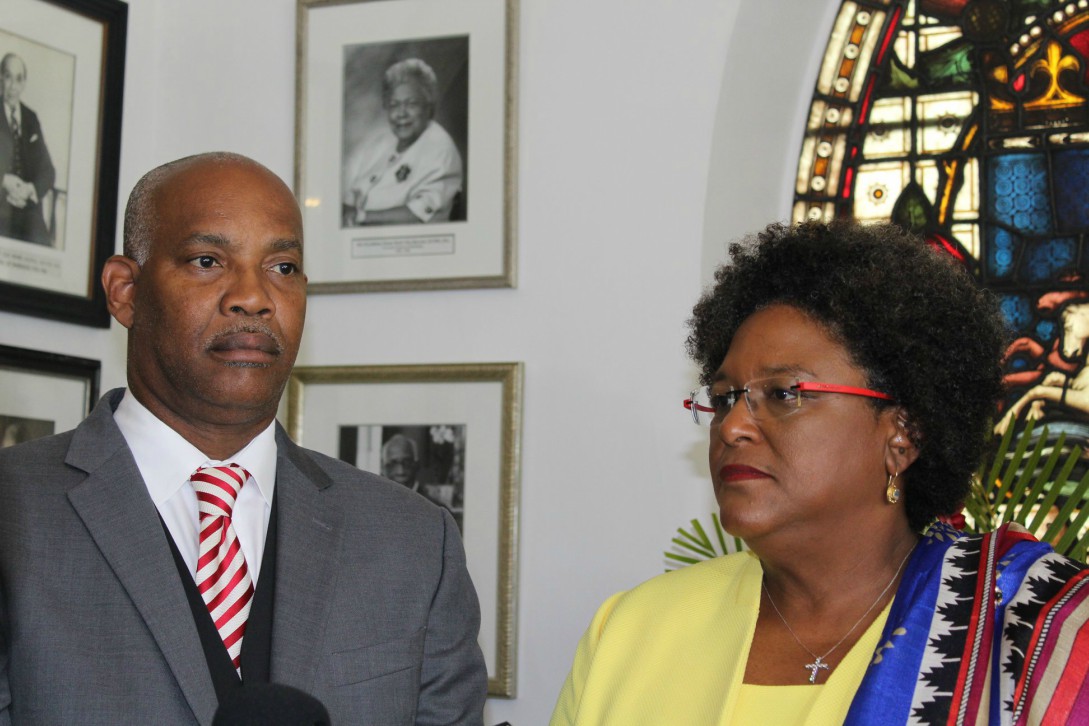 Barbados will remain as a member in the Caribbean Court of Justice (CCJ).

This assurance came today from Prime Minister Mia Amor Mottley, who said the CCJ represents “one of the best examples of Independence” in a court across the entire globe.

Asked by the media to give her views about the CCJ, shortly after being sworn in as the island's eighth Prime Minister, she stated the Government she was a part of in 2005 had worked to establish the Court.

“I had as Attorney General the responsibility for chairing the preparatory committee; I went the length and breadth of the Caribbean, selling the Caribbean Court of Justice, from Jamaica in the north right down to Guyana in the south.

“Barbados perhaps has one of the largest number of cases in the appellate jurisdiction and Barbadians as a rule have seen their rights being protected by the Caribbean Court of Justice and we, therefore, are a strong proponent of it. It is not an immediate drain on the Treasury because of the manner in which we established it through the Trust Fund. And secondly, it is insulated because it is only the President of the Caribbean Court of Justice who is appointed by the Heads of Government and that is by unanimity. The other judges are appointed by the regional Judicial Legal Services Commission,” she stressed.

Ms. Mottley identified the CARICOM Single Market and Economy and LIAT as some of the areas that would be engaging her attention over the coming weeks. Noting that Barbados was the single largest shareholder in LIAT, she stressed that there were issues relating to the airline that had to be confronted within the next few weeks.

She added that Barbados was serious about CARICOM and a team would be attending the upcoming CARICOM Heads of Government meeting in Jamaica.