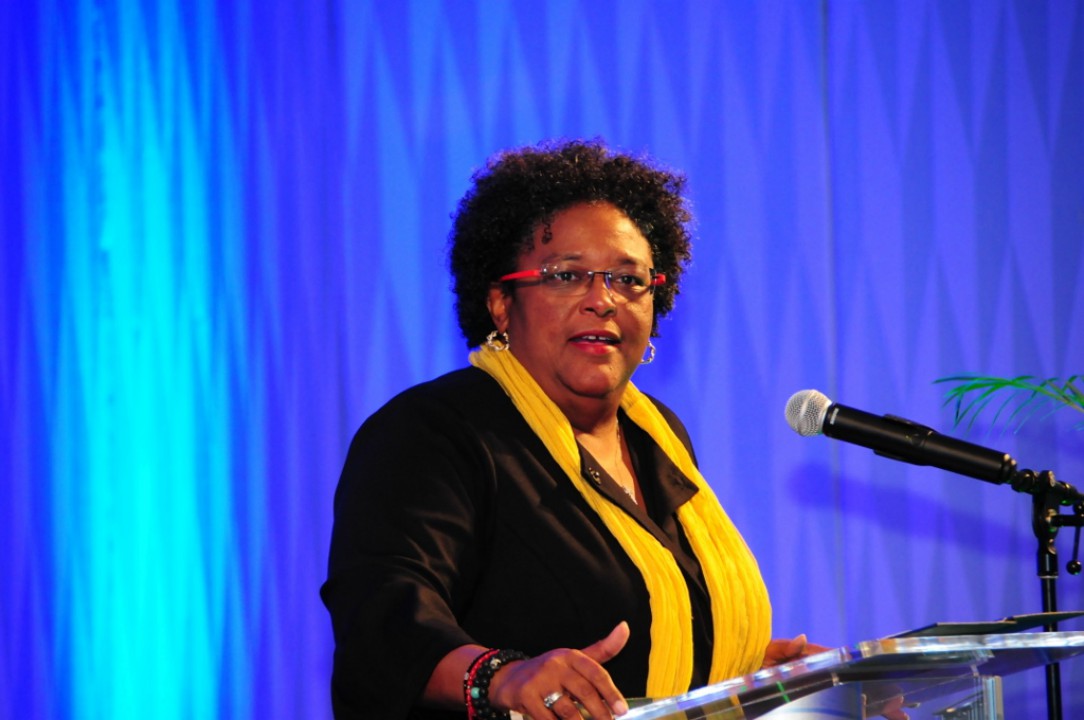 Mottley told the large audience that with the introduction of the pilot, Government would be taking another step into the future.

She said to great applause: “Our people want digital money and … want the ease and security of electronic payments, and as a result, what must happen, is face to face discussions with urgency…such that we can launch the Barbados mMoney pilot.

“A pilot between Bitt, Central Bank and FSC (Financial Service Commission) that facilitates…digital payments for our people in Barbados."

The Prime Minister disclosed that she would take leadership of the project, saying Barbados would not be stuck at a moment in time. She insisted that there were times when persons had to confront their greatest fears, and expressed concern about the seeming conflict between Bitt and some in the commercial banking sector - insisting it must stop.

"But what we cannot do is to have a standoff. And now that I have had the luxury of moving from stabilisation to transformation, and soon hopefully post debt restructuring, we will sit down and resolve these issues.”

Mottley emphasised that Barbados would distinguish itself by ensuring its regulation was fit for purpose and that it was not a one-size fits all prescription that becomes a non-tariff barrier to growth.

“We will do so by identifying the genuine precepts that hinder competitiveness…  Our duty is to protect and to facilitate fairness and transparency and that is where our regulation must start… We will facilitate those who want to dabble by creating the appropriate sandbox regulatory regimes for those to dabble… But we will not hobble development and constrain progress by refusing to admit that the world continues to evolve,” she underscored.

The theme of the conference was From the Ground Up.