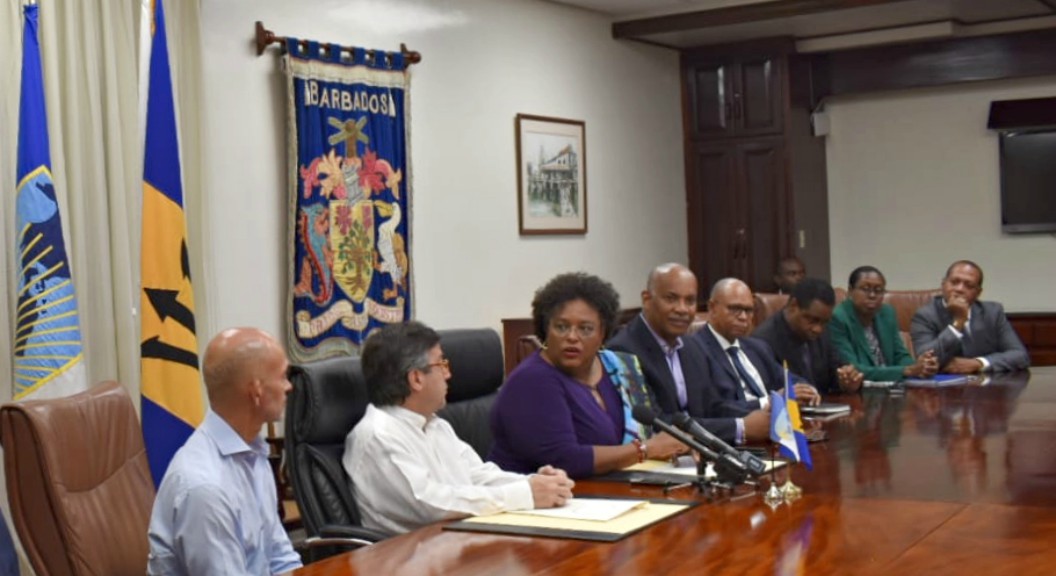 Government’s retrenchment exercise was hit with a number of hiccups and the Prime Minister has gone so far as to speculate that the process was intentionally undermined.

PM Mottley spoke to the media on the sidelines of the loan agreement signed between the Inter-American Development Bank (IDB) and government for US$100 million on Sunday.

“I have said that I am deeply disappointed about the manner in which this was done but it goes even further; I am now satisfied, there is an element of sabotage in respect to some aspects of it. I am not blaming anybody but I am not blind.

The trade unions including the National Union of Public Workers and the Barbados Workers Union, have openly expressed dissatisfaction with the way in which just over 800 public servants received notice of retrenchment within the last few weeks.

Related article :BWU takes issue with the handling of layoffs in central government

PM Mottley said adjustments had to be made if the country was to regain stable financial footing and government tried their best to ensure it was carried out in a sensitive manner.

“None of us like last-in, first-out but the bottom line is, for a public service that has not kept records on people, we did not have the luxury to build-up cases... the first mission was to keep Barbados stable and the second mission was to keep the value of the dollar.”

Mottley put to bed rumours that cuts were to be made in the health sector, saying that she had vetoed the recommendation on the basis that cuts were intended for sectors where “we can restructure and repurpose”.

She did confirm voluntary separation packages were being offered to some categories of public servants, which was sent via memo from the Head of the Civil Service last week and had been leaked to the public. She explained only 80 to 100 persons can be accommodated under this arrangement.

She also disclosed there were other instances, which were brought to her attention, where persons acted “without the requisite authority” in respect to layoffs. She gave the assurance that order and accountability will be restored as the restructuring process continues.