PHOTOS: PM Mottley thanks Owen Arthur for his 'courageous leadership' 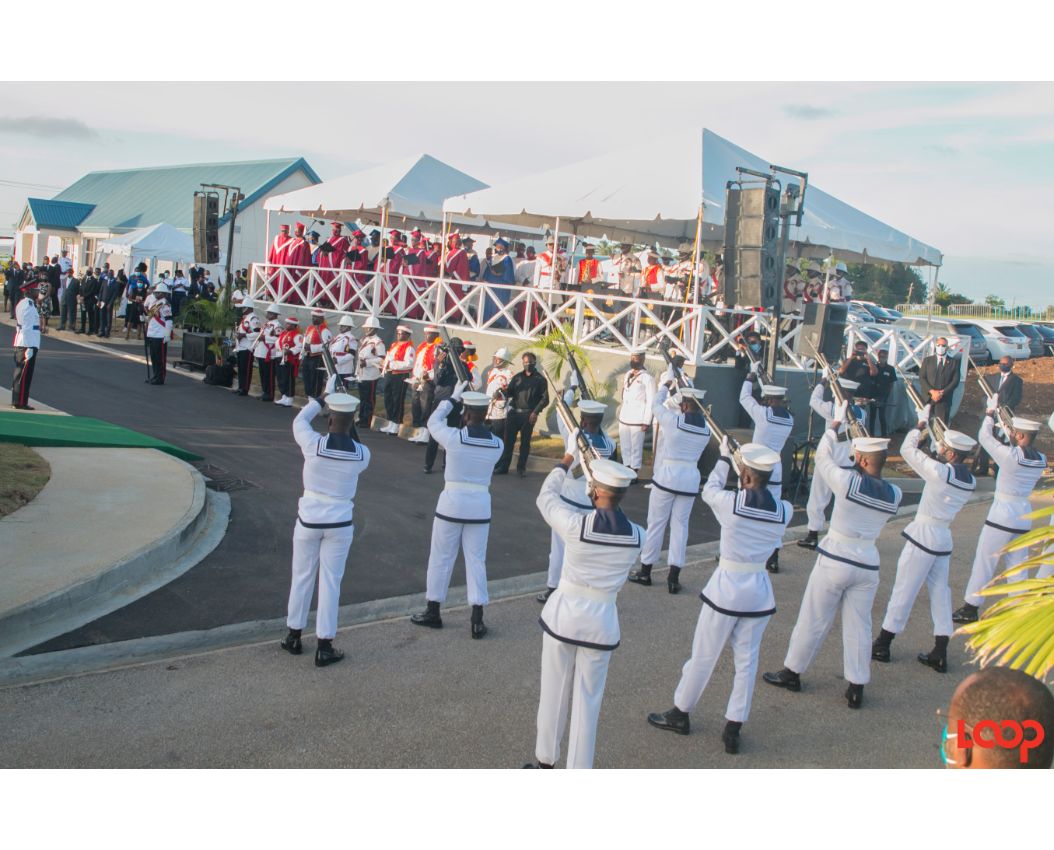 “Owen Arthur was the best thing that ever happened to me.”

In the midst of a glowing, emotional tribute, Prime Minister Mia Amor Mottley made this declaration about the impact Professor the Right Honourable Owen Seymour Arthur had on her political life.

“I believe that there are so many others who feel the same way. There is no one who ever met Owen Arthur who could ignore his presence,” Mottley shared.

Struggling at times to remain composed, PM Mottley shared snippets of the life of the “distinguished parliamentary soldier” who was “consumed by politics and policy” before a packed church hall at the St Peter Parish Church for the state funeral which took place on Friday.

“His love of politics was anchored by a strong love of country and a keen sense of duty. His list of achievements was vast but no single one was as great, in my view, domestically, or as consequential to the average Barbadian, as the leadership he displayed in wrestling unemployment from over 25 per cent to under seven per cent.

Early on, as he faced down the US Government in defence of our sovereignty on the now infamous Shiprider Agreement, he demonstrated that he understood and embraced fully the Barbadian tradition of courageous leadership in the international arena.  He spoke truth to power, fought for fairness of treatment and stood firm on principle,” PM Mottley stated.

PM Mottley said not only was Arthur a devout nationalist but this love extended to the entire Caribbean region as he championed the cause of many regional initiatives such as the CARICOM Single Market and the Caribbean Court of Justice, among many others. He was heralded as being a staunch integrationist.

“Now more than ever we, his successors in regional leadership, have a solemn duty to the memory of Owen Arthur to build upon and finish the task he helped to start.”

She said Professor Arthur had as deep a love for family as he had for politics.

“Owen loved and believed in his daughters, Sabrina and Leah - he always spoke of them with great fondness and tremendous pride."

To his granddaughter Isabella, and with softness in her voice, the PM directed these sentiments: “And, to Isabella, you are too young to know how your grandfather influenced many and transformed the lives of many. That is why I wanted to show you where your grandfather sat in both times of victory and in times of defeat, he was well familiar with that twin companion, for those are the lessons from which you Isabella will draw your strength in years to come.”

Thanking the former Prime Minister for the integral part he played in her own development and for his service to his country, PM Mottley stated that, after consultation with his family, he would be honoured “in a manner that respects his dignity and reflects his patriotism”.

The service, which commenced just before 2 pm, drew to a close approximately 2 hours later, shortly after 4 pm.