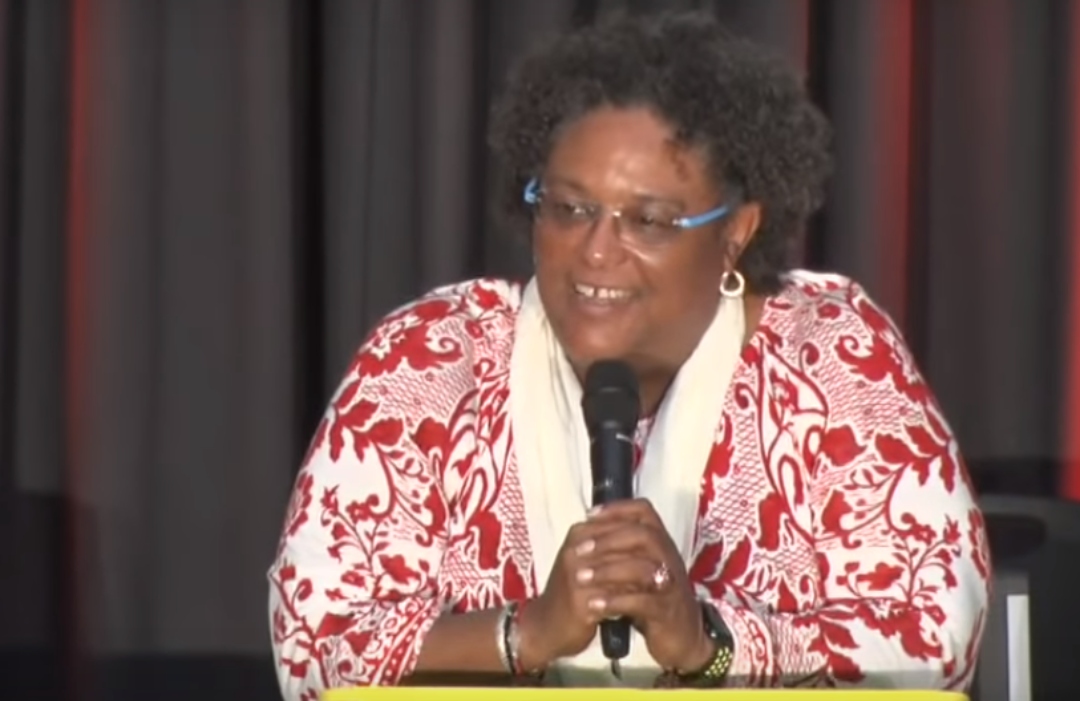 Prime Minister Mia Mottley has underscored the importance of Suriname-Barbados business relations, saying there are phenomenal trade and investment opportunities with that South American country.

She made the comments during a reception at Ilaro Court for members of the Suriname delegation, who participated in a seminar on trading and investment opportunities available in the Republics of Guyana and Suriname.

There the Prime Minister noted Government believed its decision to partner with Suriname and Guyana was necessary.

“You have what we don’t have and we have some of what you may want and therefore the complementarity between the two countries is clear,” she told her audience, adding that there was tremendous interest in the seminar, which was held at the Lloyd Erskine Sandiford Centre.

“The fact that we have had a wonderfully successful symposium…that attracted over 400 persons tells you that the appetite is clear and real; the products are necessary,” she surmised.

She also suggested trade facilitation was extremely important to Government, and very early it had looked at how it could assist individuals and companies in that area.

Mottley, who has lead responsibility for CSME, submitted that the majority of the fruit and food that could not be produced here should be imported from other CARICOM countries.

“We are spending US$5 billion a year in imports to bring food in from outside the region. It is nonsense and we need to stop it. We need to be able to help each other, and to participate with each other where we can…,” she contended while advocating the need for sea and air bridges in the region to ensure business could be further facilitated.

Holness to Caricom: 5 years to implement CSME provisions, or else...