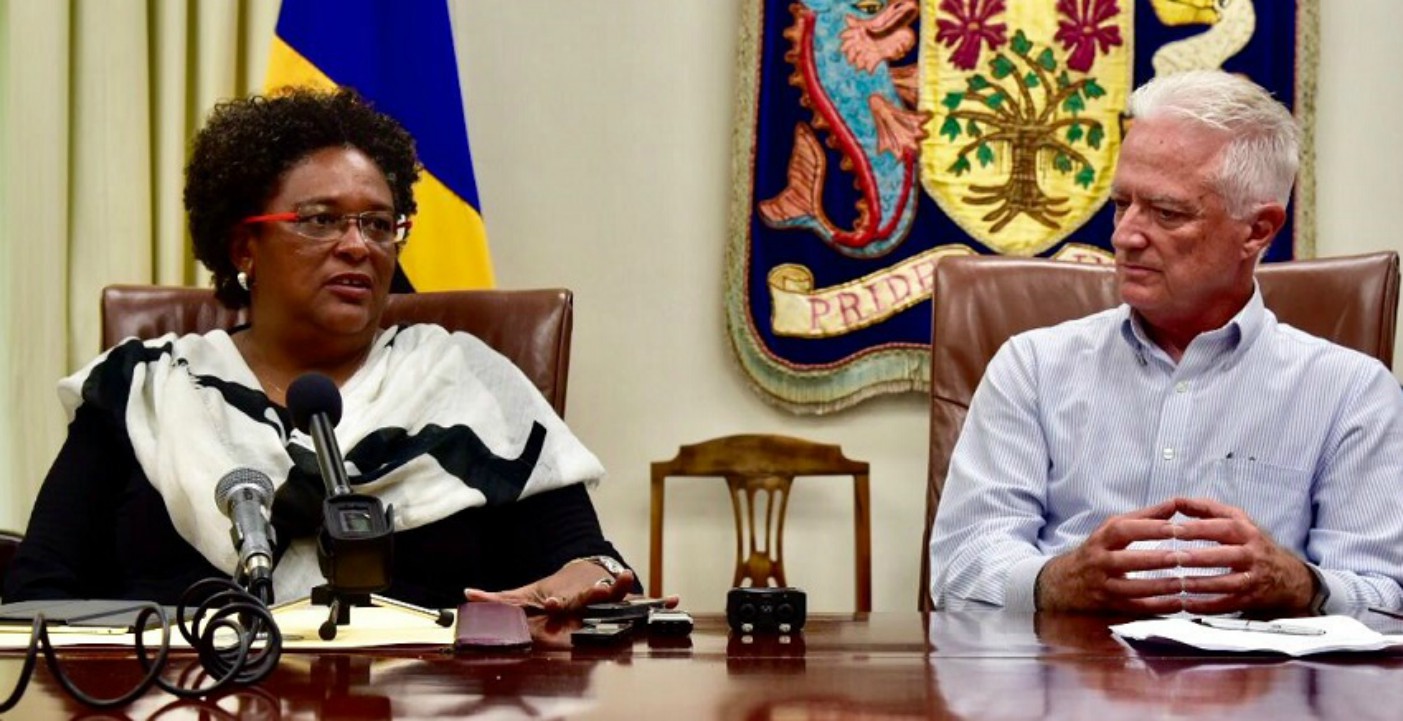 Ms. Mottley’s comments came during a press conference at Government Headquarters today after owner and Managing Director of the Crane Resorts, Paul Doyle, announced the transaction with HGV, which is valued at US$54 million.  This deal will see timeshare weeks being available to Hilton Grand Vacations owners and their guests.

The Prime Minister said: “Government is delighted that the Crane has been able to enter into negotiations, and a successful transaction with Hilton Grand Vacations. This new area of business is important to the country… The Government of Barbados recognises that if we are to get out of where we have found ourselves…then the only way is through growth and this is growth….

“We see this as a tremendous addition to boosting our US marketing efforts; to securing our US airlift and to creating the platform for additional construction and expansion of rooms in a critical area of our tourism market that has a different loyalty, commitment and brand than your average tourist.”

Mr. Doyle said the hotel would be known as “Hilton Grand Vacations at the Crane”, but he and his team would continue to own and operate it. He added that the new deal would allow the Crane to have year-round guests. “It is quite an opportunity for us; it really takes the seasonality out of the business,” he said.

He continued: “Hilton Grand Vacations is very large and very well respected in the industry. They have the reputation of being on a great growth trajectory. Their valuation on the New York Stock Exchange is in excess of $3 billion; their annual timeshare sales are in excess of 1.2 billion dollars a year; and 100 million dollars every month.”

He added that HGV has 51 locations and they were heavily concentrated in New York, Orlando, Los Vegas and Hawaii. He explained that HGV has no offering in the Caribbean and over half of the owners live on the East coast of North America.

Mr. Doyle pointed out that the investment would be rolled out in stages, saying phase two would involve construction of a new product at the Crane. He underscored the importance of the transaction, stressing that it demonstrated confidence in Barbados.

“I think that confidence is something that we all need at this time, so I think the timing of this is very important for both the Crane as a company and Barbados,” he noted.

Prime Minister Mottley said Government had already indicated that legislation to regulate timeshare would be introduced at some point. “The Crane has been able to operate at the very highest standards and there has been no incident whatsoever with respect to the manner in which it has managed its timeshare properties for more than 20 years.

“But we are conscious that we may not always be this lucky and to that extent we are working with the industry…. People would want to know that when they make their investment that it is secure and protected for all types of reasons,” she stressed.