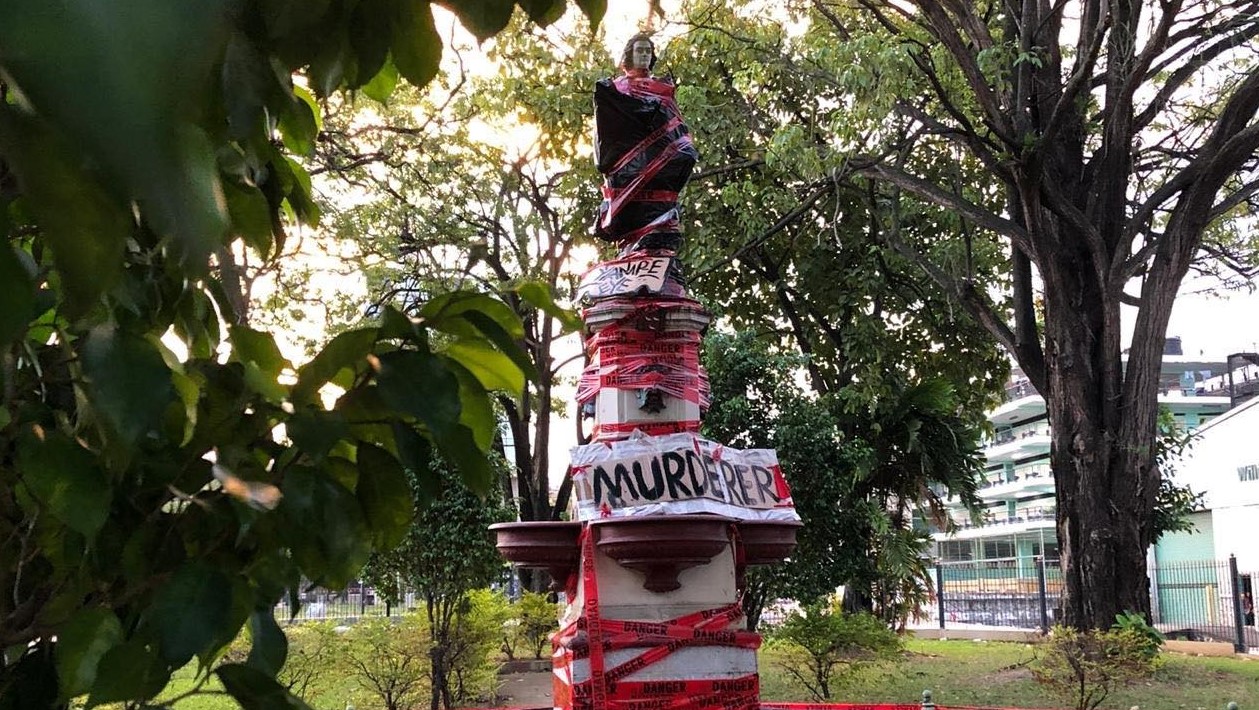 A damaged statue of Christopher Columbus in Port of Spain.

Prime Minister of Trinidad and Tobago Dr Keith Rowley says that he’s not opposed to the removal of Christopher Columbus’ statues in Trinidad. Even so, he says such a decision must come with civil discourse.

Speaking at the opening of the Bagatelle Community Centre on Friday (July 10), Dr Rowley said he’s open to change once it’s done constructively.

“If we are no longer prepared to accept a colonial relic elevated in our midst then let’s just look at it civilly and decide whether he should be on a pedestal in Port of Spain, in the museum, but one thing you can’t do; you can’t write a textbook for any of our children and truthfully say that Columbus the Italian didn’t go to Spain and sail to the Western world and had a tremendous on all of us here in Trinidad and Tobago, good, bad or indifferent,” he said.

The Prime Minister says decisions like this one can’t come based on ‘mob rule’, but he’s in support of the changes proposed.

“The government, after the election is out of the way, we are going to get some community conversation going at the national level and determine what we do about this matter in a very civil, sane and sober way,” he promised.

Dr Rowley says his only condition is that in removing the statues, we still ensure that the younger generation understands the history of Trinidad and Tobago, regardless of how ugly some of the parts may be.

“I say yes for change, but not change in mob rule and change without information; change with knowledge and an appreciation that whether the story was good or bad, we need to know it and more importantly, our children need to know it,” he said.

The PM says that some statues may survive while others won’t, but the information will be passed on no matter what.