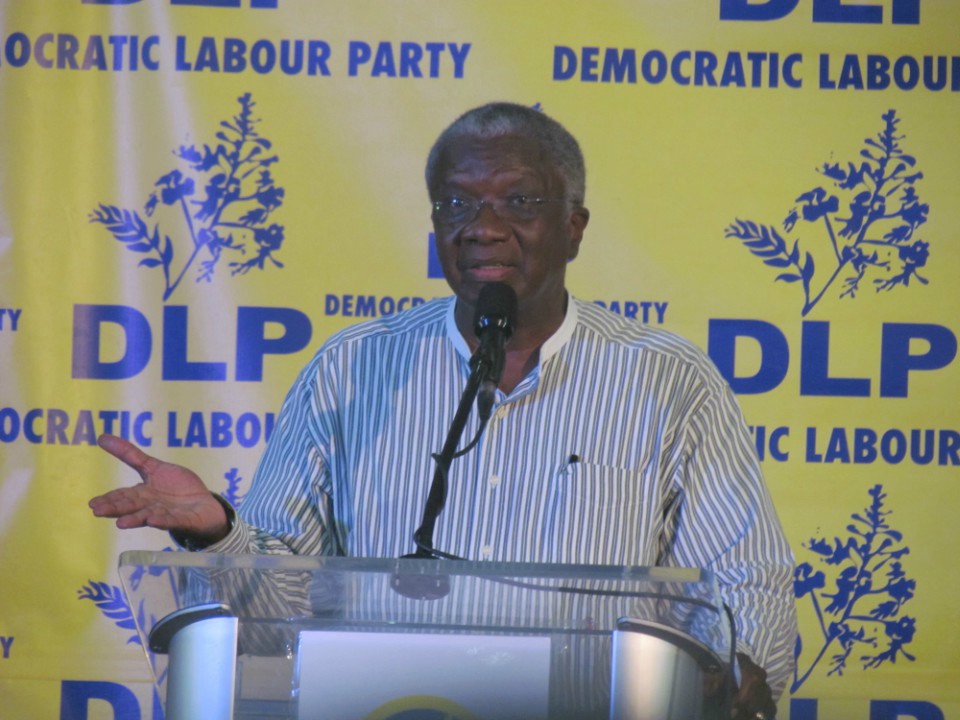 Prime Minister Fruendel Stuart has sought to distance himself and the Democratic Labour Party (DLP) from what he has referred to as a “poisonous political environment” as the next general election approaches.

The DLP held a political mass meeting Sunday evening at the Alexandra School in St. Peter where a number of party hopefuls and MP’s addressed supporters. Stuart closed out the meeting where he heavily criticised the Barbados Labour Party (BLP) for using the political arena to attack and belittle others.

“For a lot of these people, politics is not intended to be a serious vocation. It is supposed to be a glorified blood sport where the people, the masses who are supposed to vote, sit ringside and applaud political gladiators who fight with one another and applaud who wins or who loses or who got in a good blow. I am not in that kind of politics and the Democratic Labour Party is not about that kind of politics.”

Stuart charged they were some who were "preaching the gospel of distress and despondency” by giving Barbadians the impression that the country is “the worst place on earth to live” and in the process “disillusioning” citizens.

Stuart also delivered a severe tongue lashing to BLP’s frontrunner, Dale Marshall who, Stuart said, is misleading Barbadian people about the level of corruption taking place in Barbados. He urged the shadow Attorney General to come forward with the truth.

“Any Parliamentarian who can say as emphatically as the shadow Attorney General of Barbados, Mr. Marshall, is reported to have said the paper today [Saturday] that corruption has now reached unprecedented levels, is basically saying… that he knows who the corrupt people are.

I challenge Mr. Marshall, if you know where the corruption is and who the corrupt people are- I challenge you to … go to the Director of Public Prosecutions, who nobody can instruct, and demonstrate to Barbadians that you are… prepared to stand up and defend the rights of this society.”

Stuart also used the platform to defend his decision to grant planning permission to the investors of the Downtown Hyatt, Vision Development, headed by businessman Mark Maloney. Stuart explained back in 2006 an investor by the name of Waterford Investment Corporation had applied and been granted building permissions, under a BLP government, for the site on Bay Street but due to financial failings they were forced to pull out of the project.

He said, at that time, there was no backlash from social commentators about the environmental concerns of building on the prime beachfront property. But now, Stuart said many were commenting on the proposed project, now stalled in the judicial process for over six months.

DLP not at fault for economic woes, says Finance Minister