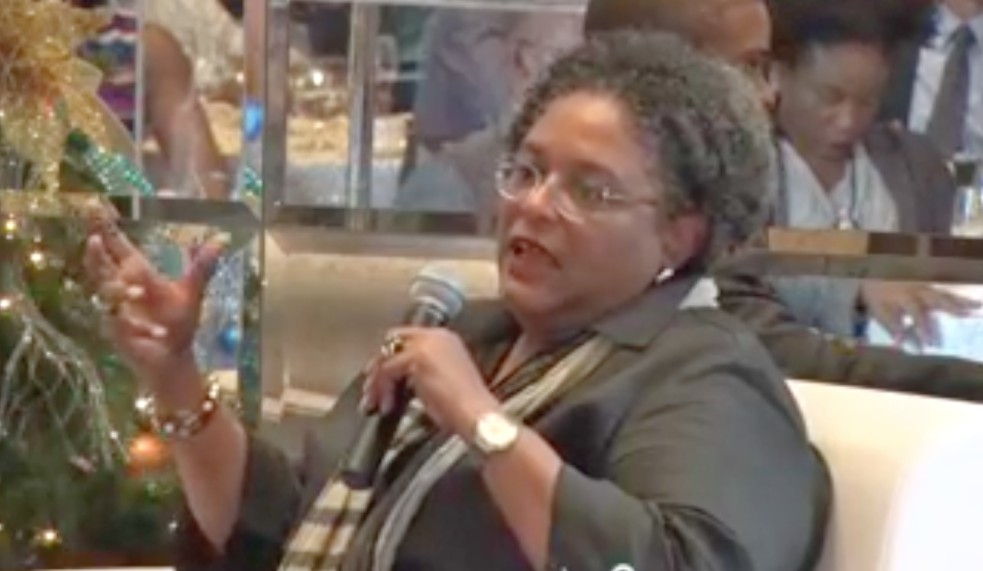 Barbadians who are hoping the country will make the same strides as their Caribbean counterparts in the decriminalization of marijuana for recreational use, may have to wait a while under the new government.

However, Prime Minister Mia Mottley has announced government will be moving forward to allow the use of medical marijuana.

She told attendees at the CIBC First Caribbean Barbados Client Economic Forum that a referendum will decide the country’s laws on the use of recreational marijuana and for medical marijuana, a framework is currently being developed.

“There is no doubt that we will put a framework in place for medical cannabis within the next week or so. We have already taken the decision we just need a bit more refinement and training for the medical practitioners who will have the right to issue it.”

PM Mottley stressed the need for Barbados to conduct thorough research in the field. She also said, in the area of medical tourism, the country has the opportunity to be a global leader with medical marijuana facilities.

“Why would we seek to export when we can package and extract maximum value by having clinics as well as recuperative villages for people who want to deal with a certain aspect of pain management?

So that the whole value-added chain is delivered here, and that gives you a long-stay tourist.”

The local Rastafarian community has been pressing the former administration to make strides in the decriminalization of marijuana for religious purposes. The United Rastafari Council met as recently as last month to develop a strategy to campaign for policies to support the use of the plant.

PM Mottley said Barbados must be able to compete with other countries who are leading in the marijuana industry, such as Canada, if they expect to attract new investments.