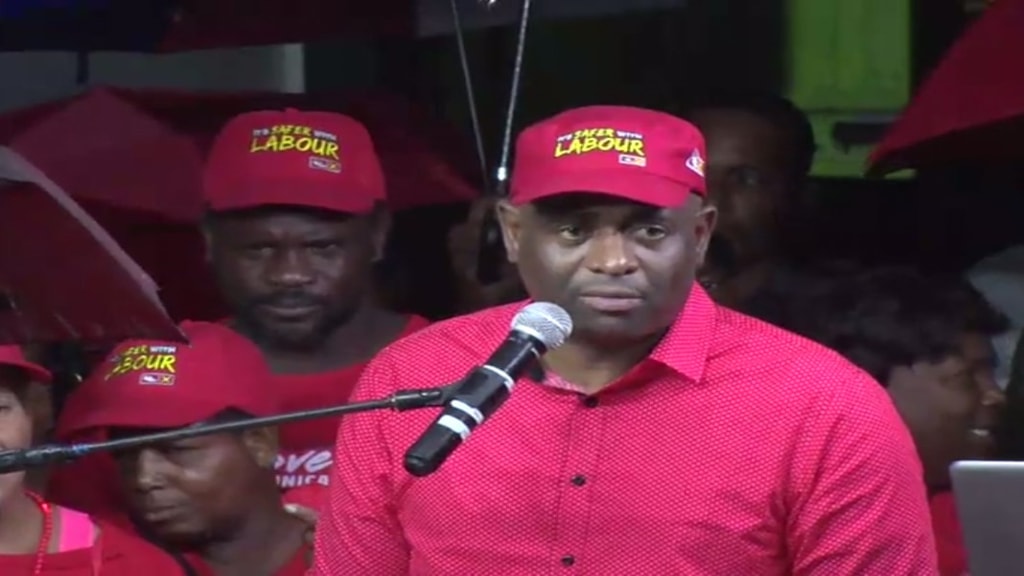 Dominica’s Prime Minister, Roosevelt Skerrit, believes that what appears to be an attack on him, is actually an attack on the country.

While addressing supporters at a zonal meeting in Warner on Tuesday night, PM Skerrit broke his silence on the Al Jazeera investigative report, which accused him of selling diplomatic appointments.

“We have found ourselves, ladies and gentlemen, defending our country from an assault. There are some who are bent on seeking to destroy our country’s good name. I say to you that all of us in Dominica who say we love our country and care about our country must stand in defence of Dominica,” he told supporters.

PM Skerritt said in spite of the allegations being levied against him, there’s no denying that his government has managed the country’s finances prudently and responsibly. He said even after being faced with two natural disasters successively (hurricane Erica in 2015 and Maria in 2017) DLP continued to provide for all citizens.

He said the United Workers Party is willing to destroy Dominica, in their quest to win the election. He urged supporters to vote on December 6th, as that’s the only way to stop the machinations of the UWP.

Deputy Prime Minister, Reginald Austrie, described the Al Jazeera production as a scheme to undermine Dominica’s Citizenship by Investment Program. He encouraged Dominicans to rally behind Prime Minister Skerrit, who he said has worked tirelessly for the people of Dominica for at least nineteen years.

The Al Jazeera report, Diplomats for Sale, aired on Monday. It also points to corruption in the Citizenship by Investment Program in Grenada and St Lucia.

US issues travel alert for Dominica