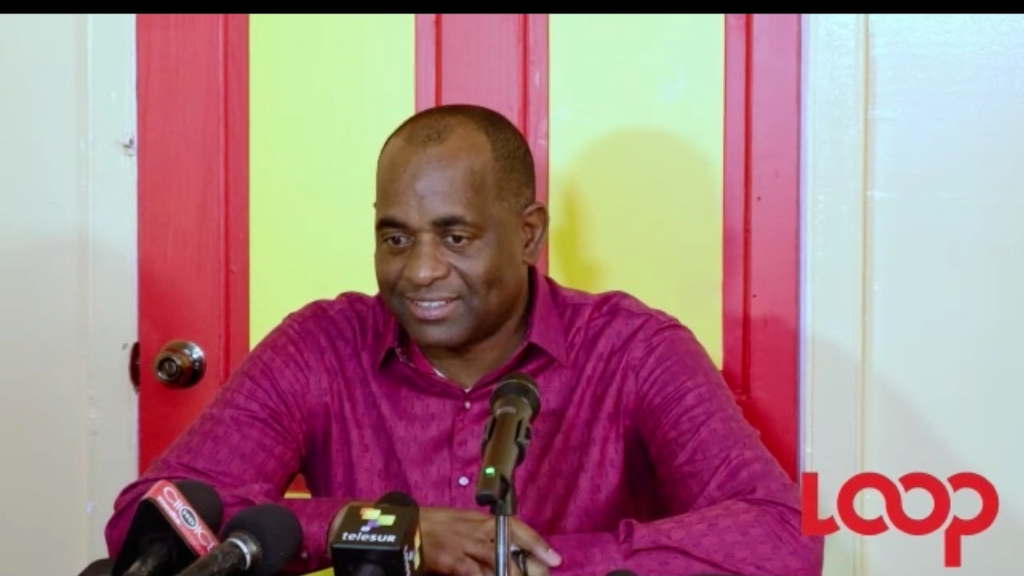 Responding to questions at a press conference held at the DLP headquarters on Saturday, he said after months of persecution and character assassination, the people of Dominica saw through the evil machinations of the opposition UWP, and they have spoken.

PM Skerrit said it hasn’t escaped his notice that Lennox Linton and the UWP, had support from outside forces in their attempt to tarnish his name and in so doing turn the people of Dominica against him.

He said the world co-ordinated attacks against his administration have failed and though he holds no grudges, he isn’t likely to forget.

Prime Minister Roosevelt Skerrit will serve his fourth term in office after a landslide victory against the United Workers Party in Friday’s election.

The Dominica Labour Party won 18 of the islands 21 seats.

When asked if his wife, who contested and won the Roseau Central seat, would be a member of his Cabinet, PM Skerrit remained tight-lipped, saying only that the appointees will be announced this week.

CARICOM Chairman on Dominica Election Result: “The people have spoken”