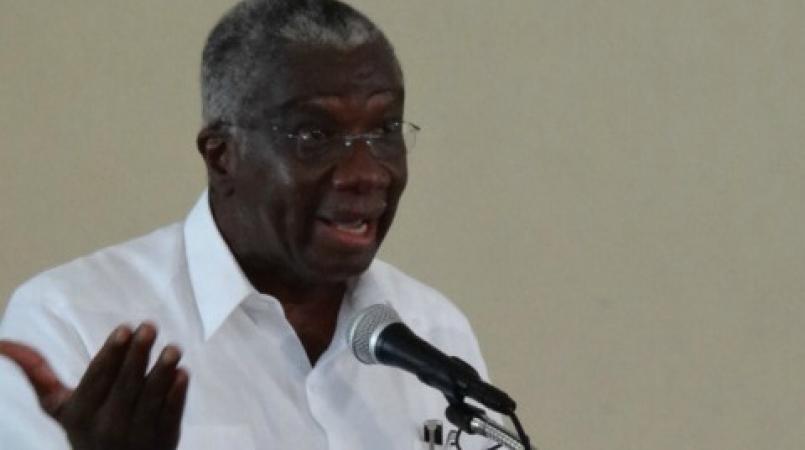 Prime Minister Freundel Stuart has indicated that while the Prevention of Corruption Act (2010) has not yet been proclaimed, there is already legislation on the statute books that addresses corruption.

Speaking at a Democratic Labour Party mass meeting in Christ Church on Sunday evening, Stuart asserted that the Prevention of Corruption Act of 1929 is still active and has the power to bring corrupt public officials "to their knees".

He added, “The interesting thing about that Act is that it recognised that you don’t have to be black to be corrupt because we weren’t around at the time [as economic or political stakeholders]. Corruption knows no colour; it knows no class; it knows no gender.”

The 1929 Act mainly speaks to punishments for corruption and corrupt transactions. The Prevention of Corruption Act (2010) makes provision for the implementation of a number of international anti-corruption treaties to which Barbados is a signatory. It also provides for establishing a Prevention of Corruption Commission, financial declarations and code of conduct for public officials, solicitation and bribery, confiscation and freezing of assets, whistleblower protection and more.

Stuart said he had taken note that ‘corruption’ and ‘integrity’ were re-emerging as buzzwords on the political landscape of Barbados, and he was prepared for any such probing.

Saying that he “knows what all this is about”, PM Stuart challenged:

He said no one in government can give instructions to the DPP, which he described as a powerful office. He therefore urged persons not just to “drop remarks”, but to make a formal complaint. According to him, it is a “straightforward” process to initiate investigations into corruption and persons with evidence should file a report with the DPP office and be prepared to be cross-examined.

Turning his attention to the question of integrity, PM Stuart said his has never been questioned and he is not convinced that integrity can be legislated, saying, “You either have it or you don’t have it.”

He recalled discussions on integrity legislation when he was Attorney General which highlighted the need to be careful not to “invade people’s private lives” to the extent that the people shy away from serving in public office.

“It’s a real problem. In small, highly personalised societies like Barbados you have to be very careful how you approach these things,” he contended.

Stuart emphasised that he is prepared to deal with the issues of corruption and integrity.

“If these two buzzwords are what the politics of Barbados today are to be about, I have no problem with it. I’ve never had to deal with any stealing ‘round me… in all my years growing up I don’t know where to look for stealing because nobody ever taught me how to do it. All those persons who are more familiar with corruption and stealing are free to emphasise it as much as they like and in the fullness of time I am going to say why I just made the statement that I made there.”

Advocacy group Integrity Group Barbados (IGB) recently issued a call for the Prevention of Corruption Act (2010) to be proclaimed on December 9, which is observed as International Anti-Corruption Day. The appeal came at a panel discussion hosted by IGB at which the chairmen of the Integrity Commissions of Trinidad & Tobago and the Turks and Caicos Islands shared the challenges and successes in those two Caribbean territories.

‘Come out tings!’: Corruption must be exposed