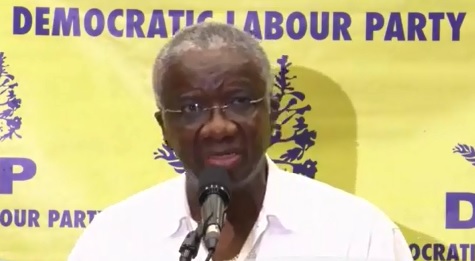 As political pundits continue to debate when general elections will be held, Prime Minister Freundel Stuart has broken his silence on the matter.

Speaking during a Democratic Labour Party (DLP) branch meeting at Lester Vaughn Secondary School, he stressed that Barbadians will go to the polls during a period that is allowed in the constitution of the island.

Related article :What it means: Automatic dissolution of Parliament has consequences

Last week Monday, March 5, saw the automatic dissolution of Parliament for the first time in Barbados' history. This brought further speculations surrounding the general election, since by law, only 90-days were left before the House of Assembly would resume business, as  Section 62 of the Constitution of Barbados explains:

"After every dissolution of Parliament the Governor-General shall issue writs for a general election of members of appointment the House of Assembly returnable within ninety days from that dissolution."

Added to this, Opposition Leader Mia Mottley, has been among those who called on the head of Government to set a date for Barbadians to go to the polls.

Now, the Prime Minister has addressed the issue, stressing that he will uphold the law:

"I am a lawyer of 34 years experience, I am one of Her Majesty's Counsel. I sit on Her Majesty's Privy Council in London and therefore I have no vested interest in not subscribing to the rule of law."

"The fortune tellers, the obeah men, the practitioners of political witchcraft, they've all been having a field day, trying to say when elections can be and when it cannot be and so on. Let me assure you the members of the Democratic Labour Party and the people of the country, we are going to have an election in Barbados in accordance with the Consitution of Barbados - within the 90 day period prescribed by the Consitution."

Tackling debate surrounding the way in which Parliament was dissolved, Stuart declared, "that is how history is made":

"I did not dissolve it - deliberately - and of course the experts have been giving expressions to their surprise. 'This is the first time in Barbados' history, that a parliament was allowed to stand dissolved by effluxion of time'. That is how history is made. History is not made by things happening the same way all the time. History is made by doing things differently."

Asserting that DLP is "not fighting to stay in Government, we are fighting for Barbados", he reinforced that they will be upright and hold elections within the stipulated time:

"So Parliament stands dissolved and we have 90 days within which to have a general election in this country... There has to be a nomination date and not fewer than 14 and not more than 21 days later, there has to be a polling date. And I can assure you, that all of that is going to happen."