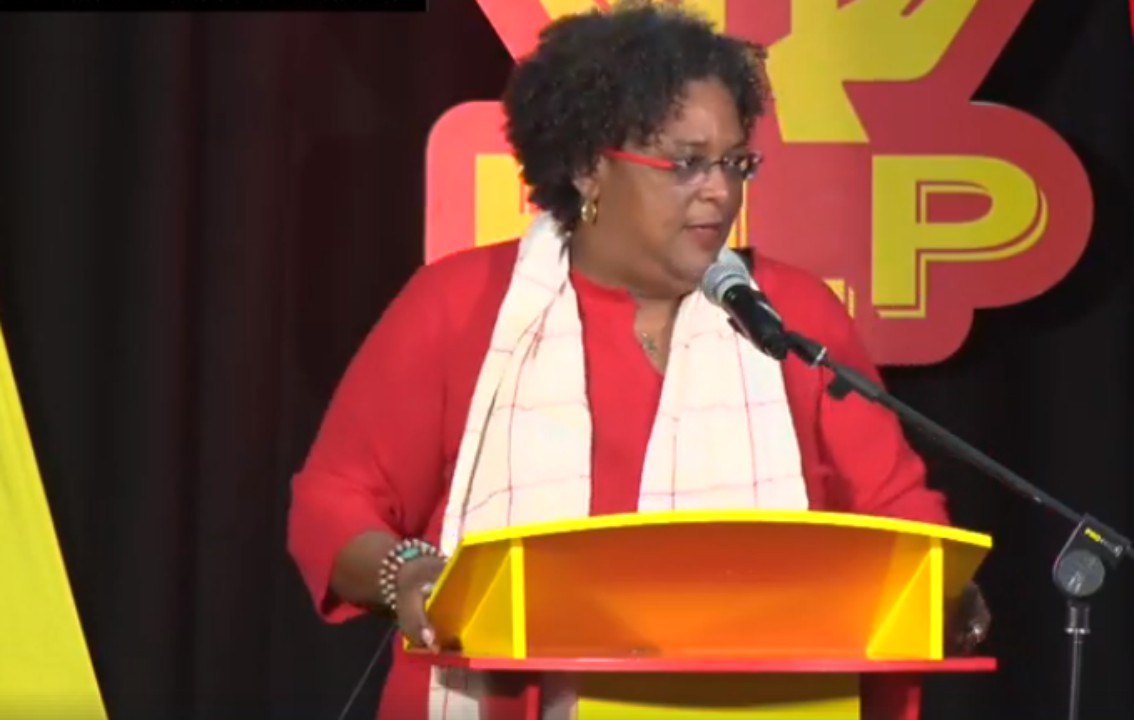 The season of General Elections is gripping as two regional territories - Grenada and Antigua & Barbuda recently announced the dates that citizens will head to the polls this year.

However, Mottley posited that the record of service the Democratic Labour Party (DLP) holds makes their future after the election shaky and uncertain.

"The difference with Antigua and Grenada is that they have made their change and therefore they are likely to see victory."

This sge told party supporters at a political meeting over the weekend at the Lester Vaughan Seconday School, in St. Thomas.

Mottley said this is the season of "political gimmickry" locally, and the DLP will try to their best to make Barbadians believe they are and have been hard at work in fixing the country's problems. But a look at the ongoing sewage crisis affecting the South coast of the island would show otherwise.

She again criticized the Finance Minister, Christopher Sinckler, for attempting to bring new life back into the economy with an irrelevant Barbados Sustainable Recovery Plan. Mottley said there is a clear lack of faith in the plan as it has been criticized by those tasked with overseeing its implementation, including members of the private sector and the unions.

Hitting out at Sinckler, who has called on Mottley to come up with a better economic fix, Mottley said the BLP will not be pressured into revealing its plans before they are ready to do so.

"At the appropriate time, we will tell you what we plan to do with this country."

With Parliament set to dissolve automatically in roughly one week unless the Prime Minister chooses to dissolve it before March 5 as is dictated by the Constitution, Opposition members of Parliament have already boycotted House Sittings and Mottley said her members will be out "doing the work that needs to be done" until the election is called.