PM to speak on sale of LIAT shares in due time 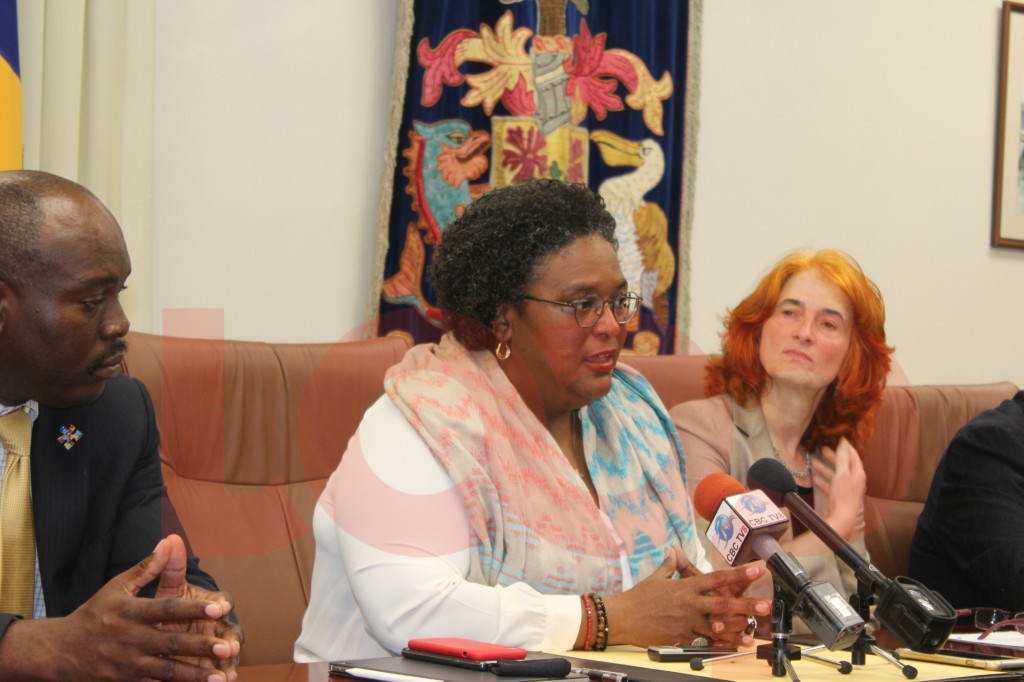 Prime Minister, Mia Mottley is remaining tight-lipped on the announcement that government will be selling a significant portion of its shares in LIAT.

The news of the potential sale came from Antigua and Barbuda’s Prime Minister, Gaston Browne who was quoted in the media as saying he had received correspondence from Mottley signalling plans to sell all but ten percent of Barbados' shares in LIAT. Browne said his country could potentially end up in the majority position if such a deal is finalized.

“I do not shout across the Caribbean. I give the people of Barbados the assurance that when the Cabinet has reviewed and is in a position to be able to do so, I will speak in the place that we have grown accustomed to speaking, which is in Parliament. But I am not in the habit of sharing correspondence that I have written to anyone, far less colleagues, in the press before they have seen it.”

Mottley said while Barbados remains committed to regional air travel, she hinted that the current operation model of the airline would not continue to receive government's support.

“Barbados is committed to LIAT and regional air travel. We may not be committed to LIAT 1974 Ltd. and that is the fundamental difference. There is more than one way to do that which we have to do. In respect to the details of the discussion, I am not going to disrespect the process and the people with whom we do business.”

The disclosure by PM Browne is the latest development in the ongoing financial woes affecting the regional airline. In March, LIAT pilots were forced to take an almost ten percent pay cut.

Earlier this month it was announced that Grenada had become the fifth shareholder of the airline. The other shareholders, including Barbados and Antigua and Barbados, are Dominica and St. Vincent and the Grenadines.

Region urged to find a solution for LIAT soon