Police appeal to witnesses to assist with investigations 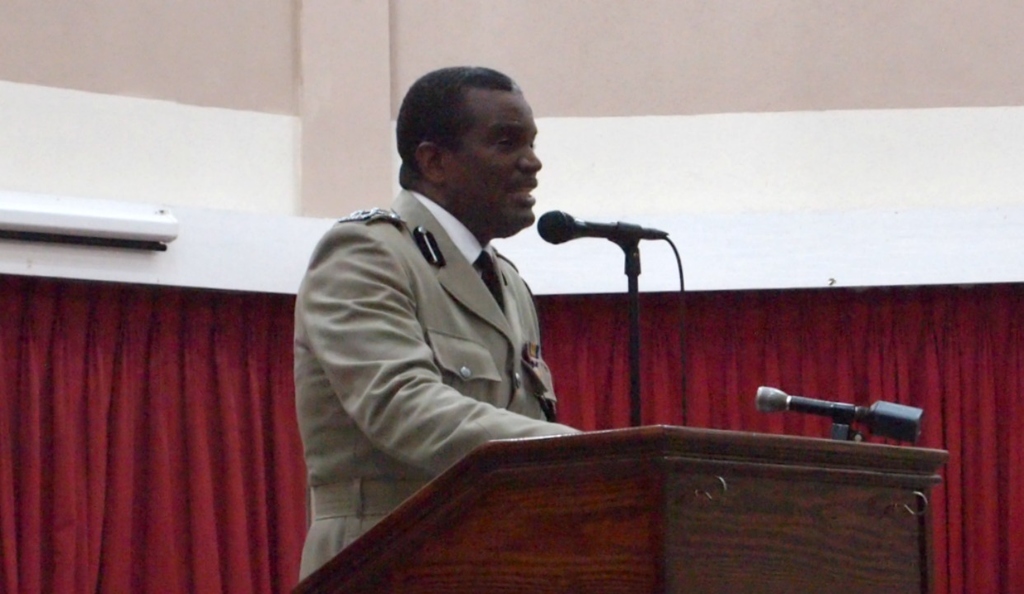 Police are continuing their appeal to members of the public to share information about crimes.

“We want that if you see something, you say something,” said Assistant Commissioner of Police (Administration), Erwin Boyce, as he addressed a town hall meeting on Tackling Gun Violence in Our Communities at the Princess Margaret Secondary School last Wednesday, hosted by the Criminal Justice Research and Planning Unit.

The lawman pointed out that the Force had implemented short, medium and long term strategies to tackle the crime and gun violence across the country, but needed the public’s assistance in making it a success.

“It is vital that we partner for solutions. We can sit and do a criminological study, but the essence in a response is to get you [the public] to share the information with the Royal Barbados Police Force,” he stressed.

The Assistant Commissioner reiterated the point that information was key to the police being able to respond to issues at the Port, in communities, on blocks or any other area of society.

While giving the assurance that the Force was responding to the issues, Boyce added that it also took criticisms seriously and used them as lessons to see how they could improve.

He added that the Force had a community policing strategy, whereby it reached into communities to attempt to tackle the problem. “But at the end of the day, we operate on information. It does not always come from us. It comes from you. That is the basis of our response and getting to the root of the problem,” he said, adding that there must be balance in how the police responded.

Boyce said members of the public also needed to understand that the philosophy of the RBPF was consistent with international standards, and any response therefore had to be based on information.