Police Certificate of Character office to reopen on Monday 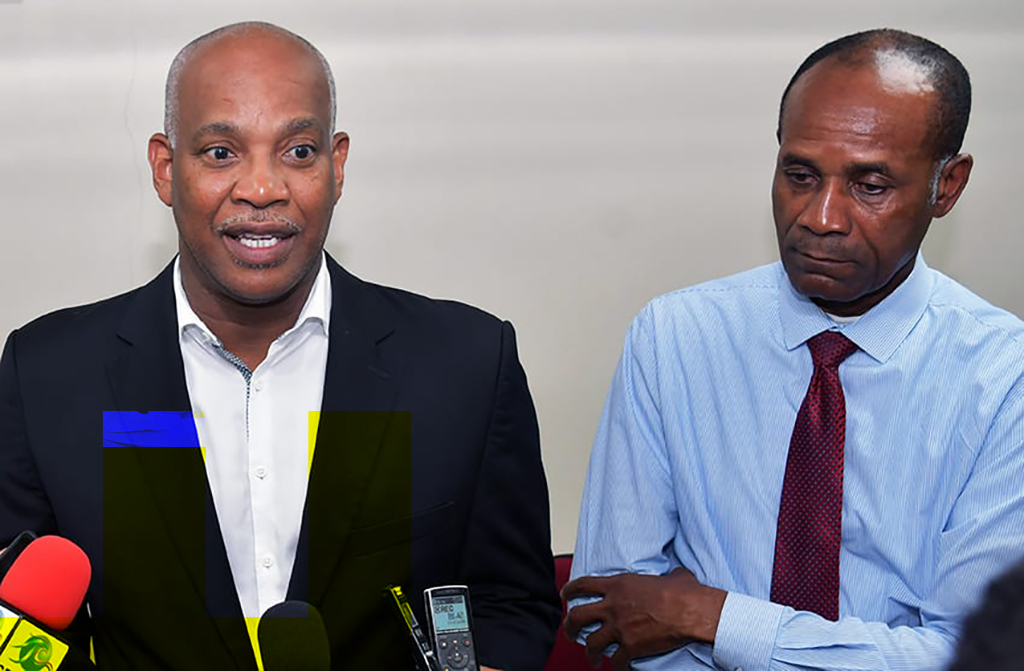 Attorney General an Minister of Legal Affairs Dale Marshall speaks to the media as Commissioner of Police Tyrone Griffith listens in.

The Office of the Police Certificate of Character is set to reopen on Monday, September 23, after being closed for over two weeks.

And, those waiting on certificates to obtain jobs on cruise ships will be given priority, while others have been given the assurance that in the coming months, the wait time for certificates will be reduced to three to four days.

This announcement from Attorney General and Minister of Legal Affairs, Dale Marshall who said members of the public should expect to see a more efficient and faster process going forward.

Over the last few weeks, members of the public took to the airwaves and vented their frustration after the office was closed earlier this month, due to administrative and technical difficulties with the software.

But, Mr Marshall said, Government’s thrust to digitize criminal records was now complete and allowed for the reopening of the office and certificates being issued within a week of applications being made over the coming months.

“Within the next few days, the Barbadian society can expect, not a return to normalcy, but a move towards a better state of affairs as far as this office is concerned,” he said, noting persons should still expect delays due to the backlog.

The Attorney General also announced plans for the development of an app which will see persons making applications for certificates of character from their mobile phones and computers, to eliminate them calling the office to schedule appointments.

Mr Marshall said people were “rightly concerned” about scheduling appointments and having to wait six weeks in order to get a certificate of character.

“These Police Certificates of Character are relied on by merchants; they are relied on by employers and … individuals in our society, and therefore any challenges with the current operation of the office represent difficulties for Barbadians,” the Attorney General said.

He added that the app was yet to be rolled out, and was being worked on by the Ministry of Innovation, Science and Technology.