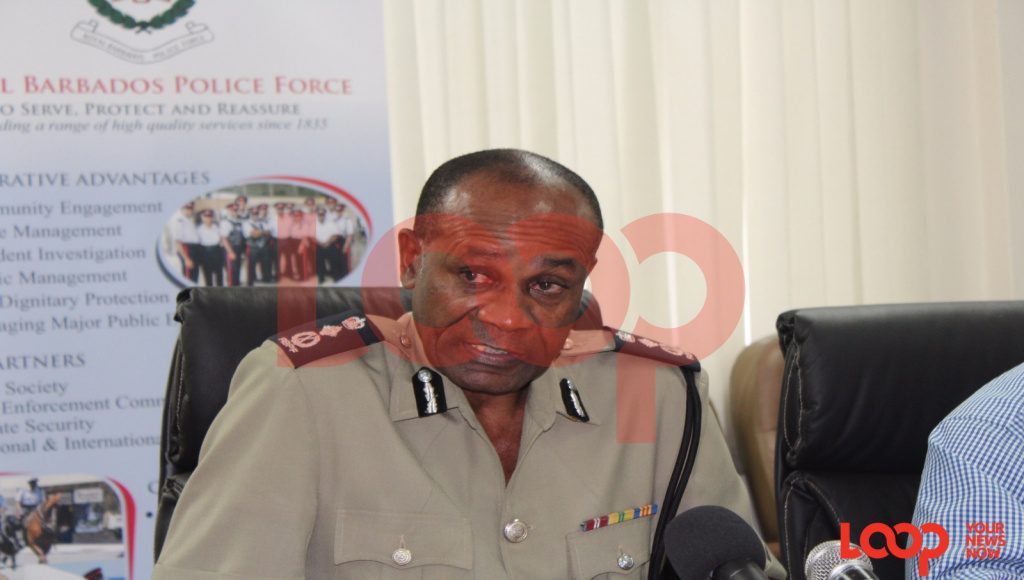 With 30 homicides so far for the year, 19 of which came as a result of firearms, Commissioner of Police, Tyrone Griffith told a press conference at Police Headquarters this afternoon, charges had been brought against persons for 15 of these and very shortly, more charges are expected to be laid in connection with other such cases.

He told reporters since the month started, there were five murders involving firearms, and this represented the continuation of what he called a trend of using guns to settle disputes that is now several months old.

More distressing for the Force, he added, was the fact that intelligence gathered signals that many of these murders were targeted.

Commissioner Griffith’s comments come close to 36 hours after the island’s latest homicide, that of Emilien Peter of Meadowville, Prior Park St James.  The 28-year-old was gunned down while at Well Gap, Cave Hill in St Michael in the early hours of Sunday morning, Father’s Day after gunmen opened fired on a group of men who had been playing dominoes.