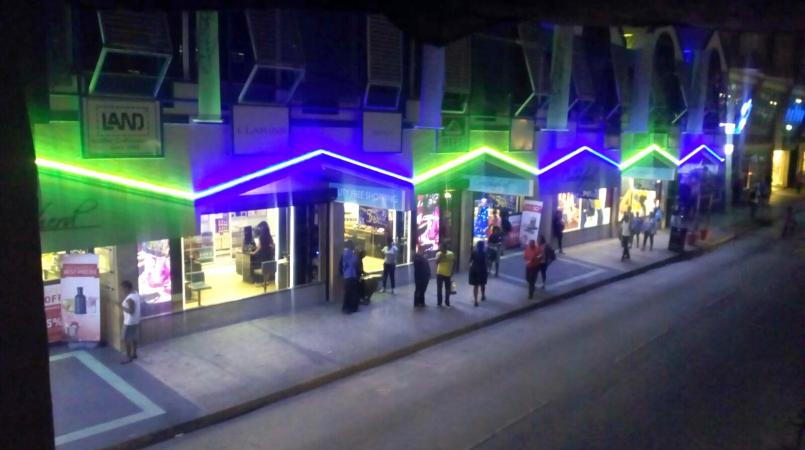 Young children should not be left unattended as guardians go out to shop for the holidays.

This is but one of the reminders coming from the Royal Barbados Police Force (RBPF) to parents as the Yuletide season gets into full swing.

Inspector Stephen Griffith, Head of the Crime Prevention Unit with the RBPF spoke to Loop News on a number of crime prevention and safety tips as the Force rolls out their Yuletide Policing program which was launched late last month and will run up until the end of the season. He said the program will see an increased police presence all across the island and in particular, at the popular shopping areas and tourist attractions.

He noted one critical reminder to parents and guardians was to ensure there was a responsible adult on hand to keep an eye on young ones during the vacation while they carry out Christmas shopping and running of errands.

To those who will be traversing the popular shopping areas such as The City, he urged:

"We'd want people to be very vigilant at this time of the year. Be careful with walking in a lot of jewelry. We have a lot of cell phone theft so we want people to have tracking software attached to their cellphones and have it activated. We want persons to not put their cell phones in their back pockets and have it projecting out for persons to pick it out and run away with it."

To those who will need to make use of the Automatic Teller Machine (ATM), Inspector Griffith said,
"Don't stand up counting money at the ATM, withdraw your money, take it and go to a safe location. Then check your money when you need to."

He also warned persons to only make use of ATM's in popular locations which are well lit and monitored.
In addition, he warned persons to not be flashy or careless when travelling with large sums of cash.
With extending shopping hours and the likelihood of being out late at night, he said it was important to be vigilant when using carparks and while on the way home. He also urged persons to ensure their homes were properly locked and well lit especially after hours.