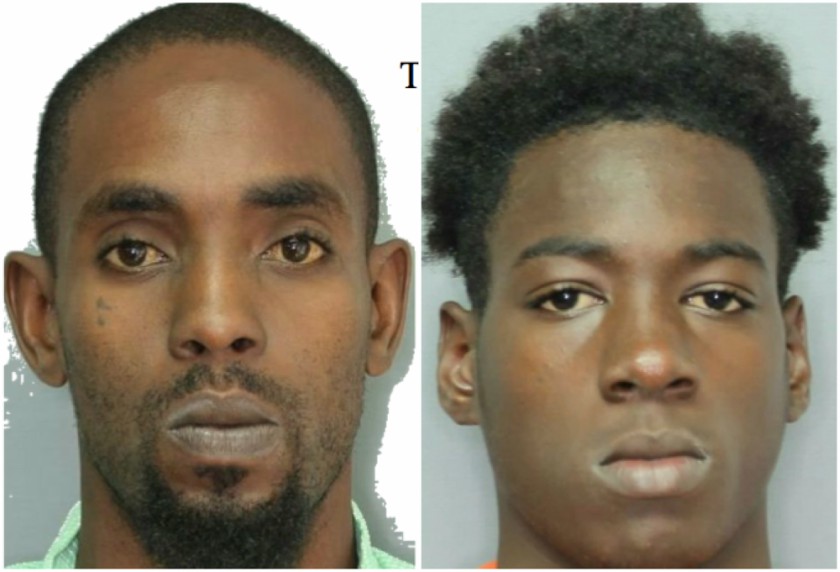 The Royal Barbados Police Force is seeking the assistance of the public in locating two men who are wanted for questioning in connection with serious criminal matters.

James is approximately 5 feet 11 inches tall, with a dark complexion and a slim build. He has full eyes, a long nose, large ears, average lips and low length hair. A tattoo on his left hand with the letters APG, LA and SRG and two tear drops under his right eye.

Carrington is approximately 5 feet 7 inches tall, with a dark complexion and a slim build. He has an average nose and eyes, large ears, medium lips and medium length hair.

They are considered armed and dangerous and caution should be taken when approaching.

Both men are advised that they can come into the Oistins Police Station, Oistins, Christ Church, accompanied by an attorney-at-law.

Any person, who may know the whereabouts of Shamar Ricardo James or Stephen Alvin Carrington, is asked to contact the Oistins Police Station at 418-2612 or 418-2606, Police Emergency at 211, Crime Stoppers at 1-800-TIPS (8477), or the nearest police station.