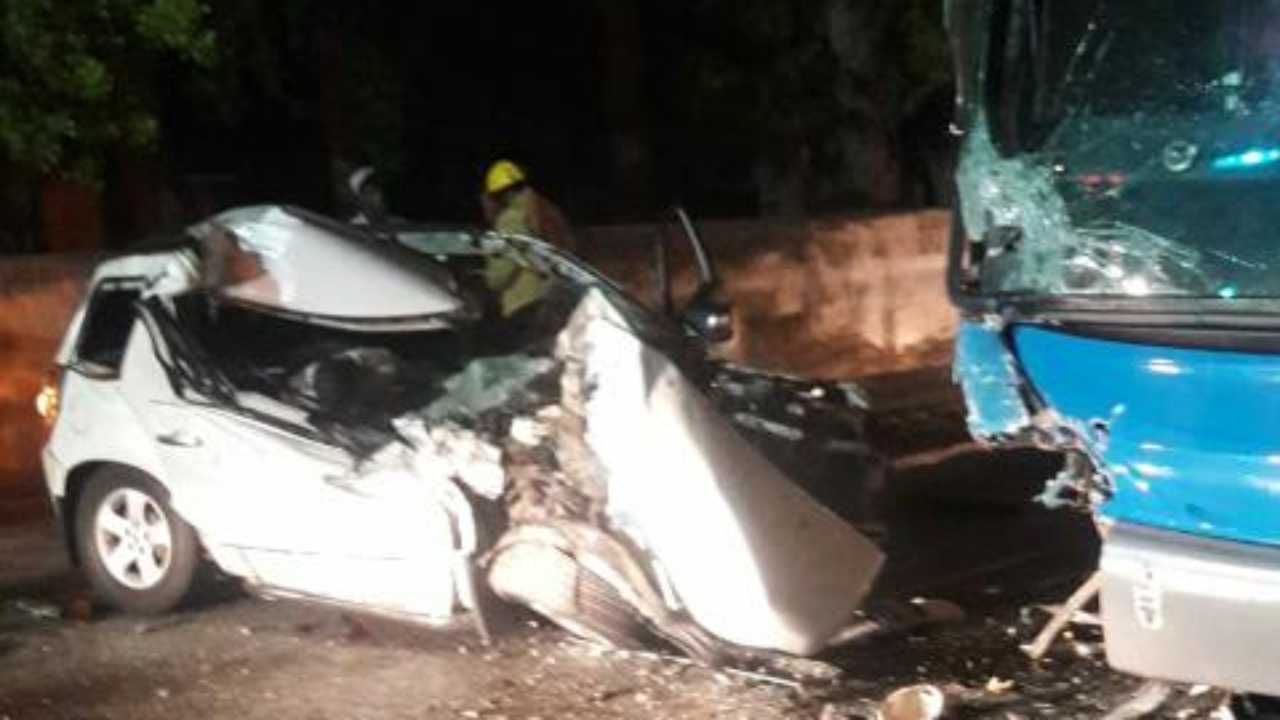 Two families have been thrown into mourning today after a horror car crash in St Michael.

The victims have been named as Colin Dexter Clarke, alias 'Terry', of Chapman Street, St. Michael, and passenger Jonah King, 36 years, of Baird's Road, Lower Carlton, St. James.
Clarke is believed to be in his early 40s.

He said: "Involved are a Transport Board Bus and a white Suzuki Vitara. The Transport Board Bus was travelling to Bridgetown with fourteen passengers on board whilst the Suzuki Vitara was travelling in the opposite direction with four passengers other than the driver. Both vehicles became involved in a head-on collision resulting in fatal injuries to the driver and one of his passengers they both died on the spot, in the Suzuki Vitara vehicle.
"The other three passengers of the Vitara were transported to the Accident and Emergency Department of the QEH for medical attention. Six passengers onboard the Transport Board Bus complained of various injuries and were treated by the ambulance personnel at the scene and discharge. They all stated that they will seek private medical attention."
The Transport Board Bus with registration number BM207, was being driven by 49-year-old Mcclain Belgrave, of Brighton, St George. Those passengers who were taken by ambulance to the QEH are reported to be in stable conditions and awaiting treatment for minor cuts and bruises.
Inspector Inniss went on to name those who died at the scene.

He revealed:"The white Suzuki Vitara motor van registration number MY997, was driven by the now deceased Colin Dexter Clarke, alias 'Terry', of Chapman Street, St. Michael. Also deceased is passenger Jonah King, 36 years, of Baird's Road, Lower Carlton, St. James."
Clarke is believed to be in his early 40s.
Two fire tenders and eight personnel from the Fire Department responded to the scene, as the Jaws of Life had to be used to cut the deceased from the Suzuki Vitara.
"The Royal Barbados Police Force expresses sincere condolences and empathy to the families, relatives and friends of those who lost their lives in such tragic circumstances."
Get the latest local and international news straight to your mobile phone for free:
Download the Loop News Caribbean app on Google Play Store: http://bit.ly/GetALoop
Download the Loop News Caribbean app on the App Store:  http://bit.ly/GetiLoop

Police search for motorcycle as they investigate fatal accident