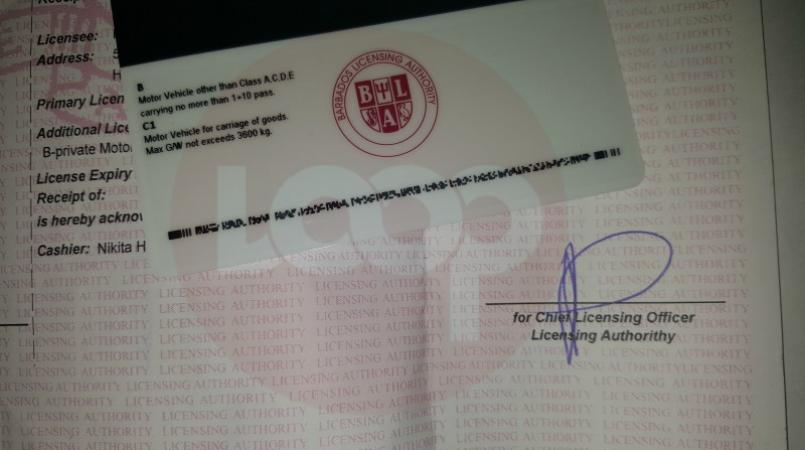 "I was calling for this for years - it happens all over the world and I don't see why it can't happen it here."

Those were the words of traffic cop, Sergeant Seibert Johnson.

He was speaking to Loop News about the new policy at the Barbados Licensing Authority, which stipulates that persons have to provide a recent utility bill or bank statement when renewing drivers’ licences and registering vehicles.

He stressed that The Royal Barbados Police Force (RBPF) had too many encounters where investigations were stalled because persons gave the wrong address when registering:

"We've had several hit-and-run accidents that when we got to the location, nobody knows anyone with that name, but now with that new policy we will be able to find you."

One of the main concerns raised about the requirement was that teens who have their drivers' licence may not have the items required as proof of address.

Sergeant Johnson does not believe this would be a hindrance and suggested that an official letter can be sent to the Licensing Authority:

Stating that "it's good to have something official," he reinforced the point that the new arrangement would help with police investigations:

"It will help us with our investigations whether it is a criminal matter or a traffic matter - we wouldn't have those problems we've had before.