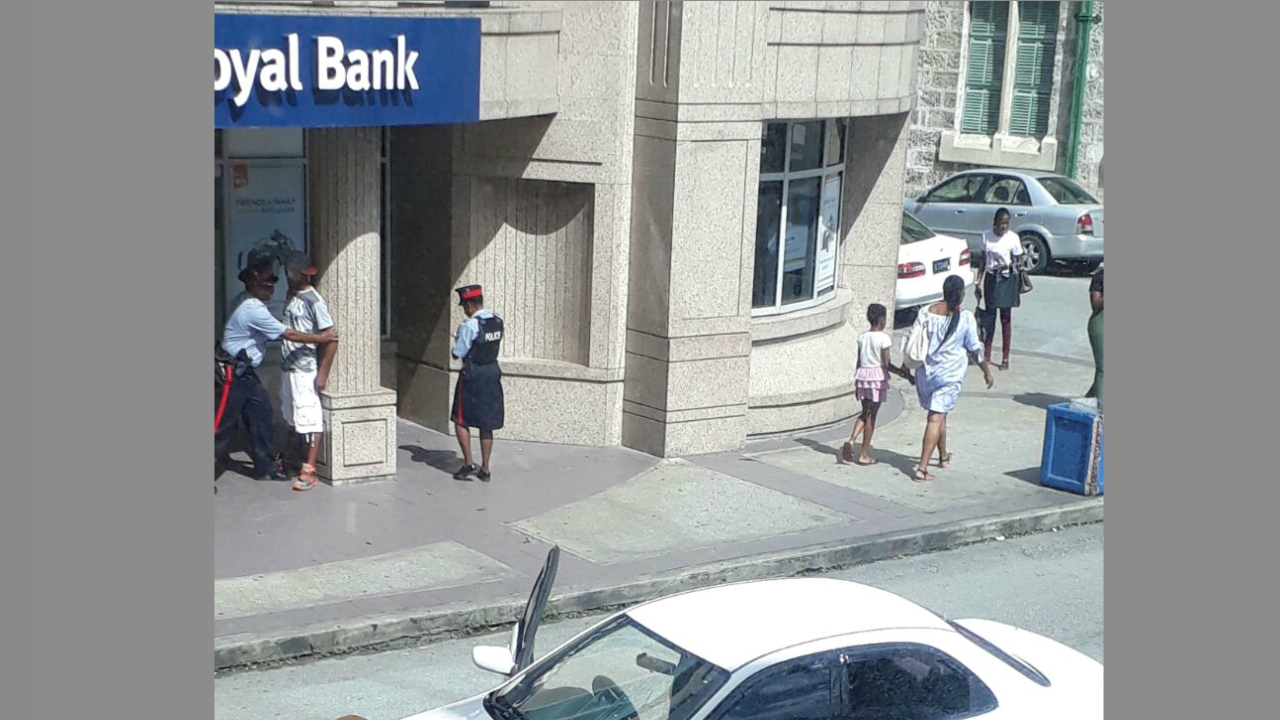 Police are pictured apprehending a man, while a car is parked facing the wrong direction on Broad Street, Bridgetown.

The incident which was said to have occurred this morning, generated much discussion among persons who raised concern about crime in Barbados, particularly during the Christmas season.

Just last week, the Royal Barbados Police Force (RBPF) announced that there has been a five percent increase in crime, with burglaries being one of the areas of concern.

While PRO with the RBPF, Inspector Roland Cobbler, could not provide specific details about burglaries on the island, he addressed the auto burglary depicted in the social media post. The Inspector noted that he "does not have any information on this incident".

He went on to highlight a post which was popular on social media in Barbados last week, where a woman was pictured with a gun in her hand while holding a baby. Stressing that the photo originated from Trinidad, he urged persons not to believe everything they see on social media:

"You cannot trust everything on social media.

"First you have to determine its origin - as to where it has happened."

When questioned about the pictures which appear to show Broad Street in Bridgetown, he noted that he "has not seen them as yet," while adding that he "can't speak to any recent incident" which the pictures may have come from.