Police wants Glebe roundabout back; driver in shock after crash 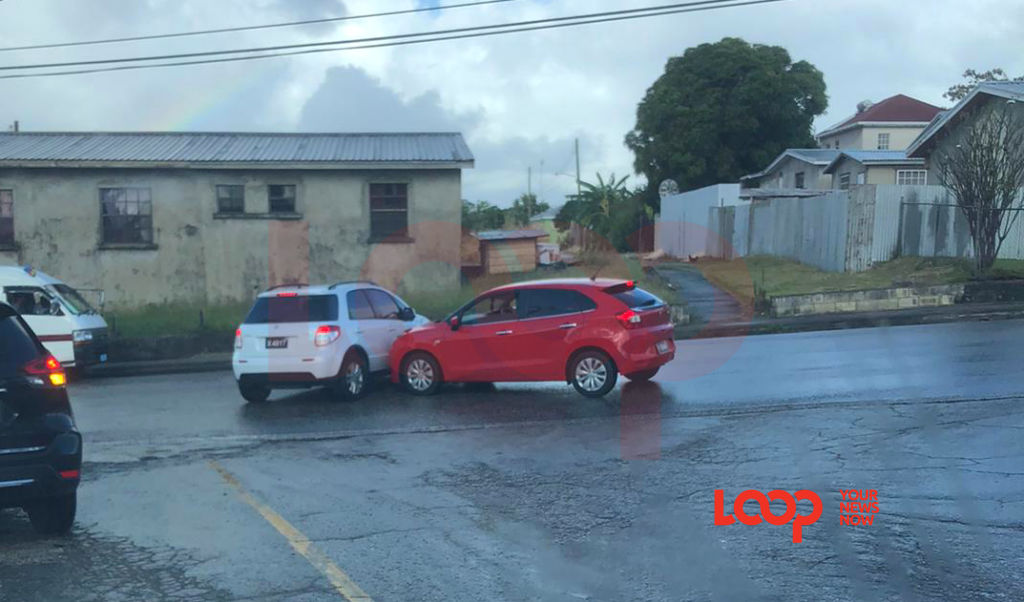 A two-car collision happened in The Glebe this morning.

The accident was at the junction of Highway X, and the Glebe, St George.

One motorist was intending to turn right uphill, while the other was coming down from the Glebe polyclinic side. The driver in one car was visibly shocked as she screamed and cried.

Up to June 21, 2019, the Ministry of Transport, Works and Maintenance had - in an effort to reduce accidents at that junction - installed a mini-roundabout by the St George Parish Church and stopped right turns from the side from St George Primary School.

Sergeant Seibert Johnson of the Police Traffic Division told Loop News that the road traffic amendment was working, though it was discontinued after the pilot.

He said: "I was informed by the station sergeant of District B that when that keep left only at the junction and the roundabout were in operation there were no accidents. Since it was changed to its original operation several accidents have occurred."

Noting such, he urged: "I think that the ministry should consider it again or place the roundabout at the junction. Naturally, it will include excavating the area to accommodate the roundabout."

Persons at the scene tried to calm the driver who was visibly shaken as steam started to rise from her vehicle.

Right turns again! Glebe mini-roundbout seems to be a fail