VIDEO: Policeman erred in his interpretation of the cell phone law 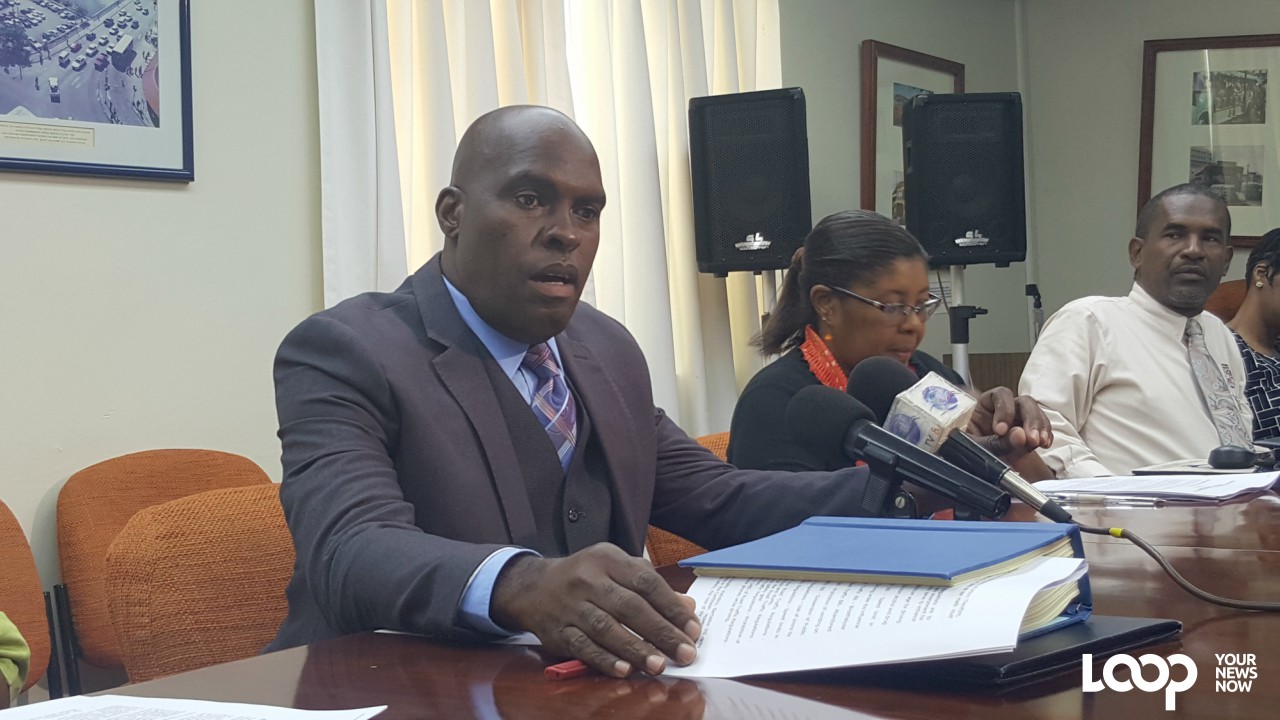 Minister of Transport and Works, Michael Lashley at the press conference at the Ministry's headquarters.

The law is open to interpretation, however, one officer is being called out for the way he interpreted a Section of the amended Road Traffic Act passed in December 2017.

As officers now seek to enforce the amendments, the Royal Barbados Police Force (RBPF) called a press briefing yesterday to clear up some misconceptions but instead left members of the public expressing further confusion.

When asked by a journalist from another section of the media, if a driver can pull over and take a call, Assistant Superintendent Ronald Stanford, of the Traffic Division told the media:

"The law prohibits the use of a cellular device, handheld. However, it gives permission to use a wireless device, where the user does not have to manipulate the phone, that is the wording of the Act whilst driving. So this wireless device paired with your phone and with one touch you should be able to speak to your phone without taking your hands off the wheel, taking your eyes off the road... without taking your mind off driving.

"There has been a lot of queries...about pulling off at the side of the road and using your cell phone. The law is pretty strict about that also, because you are actually still driving as long as you're in control of the vehicles and the levers that cause motion or movement of that vehicle, then you are still driving.

Asked if the engine has to be switched on, he said that even switched off, it could be deemed an offence.

Today, the Public Relation Officer with the RBPF, Acting Inspector Roland Cobbler issued a statement saying that during yesterday's press briefing on March 8, 2018, on the recent Road Traffic (Amendment) Act 2017, the Assistant Superintendent Stanford, in response to the question mentioned above, on the use of cellular phones whilst driving, "gave an erroneous interpretation of the law."

The statement said, that "in his response, he informed that motorists should exit their vehicles before attempting to use a handheld device. The Royal Barbados Police Force has reviewed the response and is issuing the following statement to clarify its position.

"A driver does not have to exit the vehicle to use a handheld device. The driver is permitted to draw up the vehicle in a safe manner on a road or highway and make use of the cellular without infringing the Road Traffic Act."

This is in agreement with the clarification issued by the Minister of Transport and Works (MTW), Michael Lashley who said that he and his ministry do not standby yesterday's interpretation.

Asserting that the MTW works with and will continue to work with the Force he told the media at a press conference held this morning at the Ministry's headquarters in The Pine:

"Now I just want to make it clear, that there is no provision in the present amendments or even the law that was passed before, that state that you must get out your vehicle to use a cell phone."

Therefore, he went on to state categorically, "that the Ministry of Transport and Works, that we are not in agreement with what was articulated yesterday by the representative of the Royal Barbados Police Force."