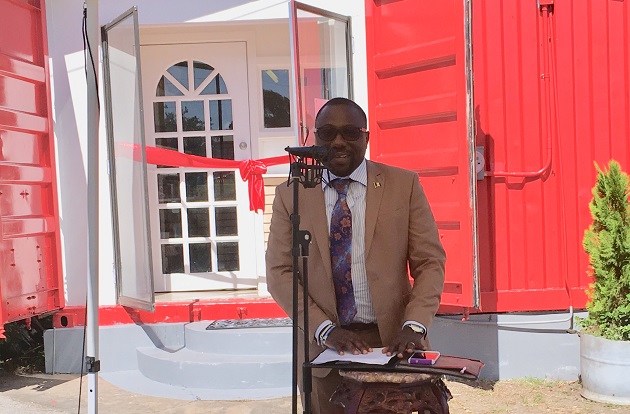 The Cabinet of Barbados has approved the policy on decriminalizing illegal vending.

This was revealed by Minister of Small Business, Entrepreneurship and Commerce, Dwight Sutherland, as he spoke to media representatives following the opening of Dollar Smart Discount Store, in St. Patrick’s, Christ Church, today.

Stating that the approval came three weeks ago, Minister Sutherland said: “The next step was to develop a comprehensive vending policy.”

Noting that vending was a small business, Mr. Sutherland said: “It is a way of life for some people.  It is part of our culture and part of our heritage…vendors are critical people.  They are also small businesses and entrepreneurs who are waiting to just have the opportunity to grow business and indeed to go beyond these shores of 166 square miles.”

While speaking on the topic of small businesses, Minister Sutherland commented that he was very optimistic about the future of small businesses in Barbados and expected to see growth in the sector in 2019, despite the challenges faced over the last five years, as a result of the economic climate.

He said his optimism was as a result of his Ministry’s work, based on the recently launched Trust Loan Fund Programme, the recent approval of 50 new small business ventures and the feedback from various business men and women with whom he has been interacting since taking up the portfolio.

Minister Sutherland also revealed that the Unit, since its opening four weeks ago, received 2000 applications and approved just about 1000 of those applications. The Unit, he added, would receive an annual injection of $10 million, and thus far had exhausted its first injection of $2 million.

He added that two other offices under the Trust Loan Unit will be open within the first quarter of next year, one in Speightstown and the other in Oistins, and Government was in the process of acquiring the facilities.

Mr. Sutherland also noted that the Unit, as part of Government’s plan to digitize its operations, would be incorporating an e-platform.  This would reduce the usage of paper and costs, and the monies saved could be used to further enhance the Unit, he stated.