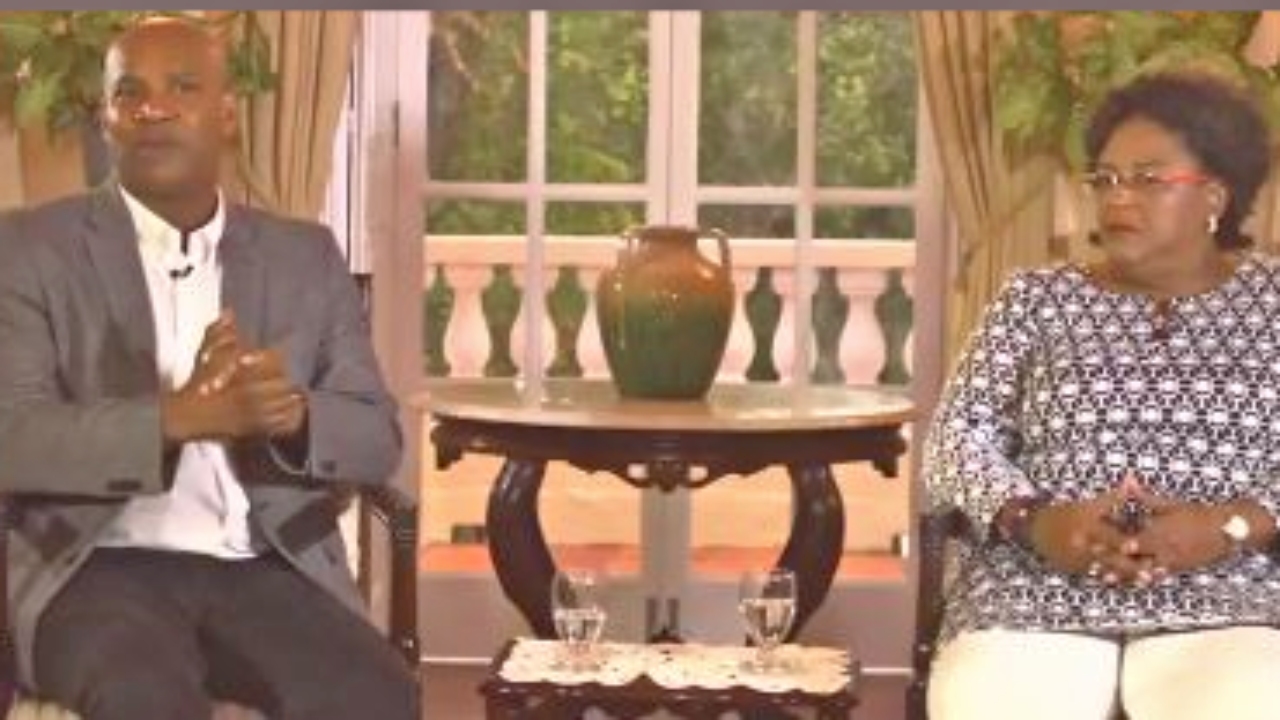 Attorney General Dale Marshall and Prime Minister Mia Mottley spoke in a joint address to the nation this evening.

The Government of Barbados is meticulously gathering information to “purge” the island from the “stain of corruption”.

Word of this comes from Attorney General Dale Marshall, who joined Prime Minister Mia Mottley in an address to the nation made this evening at her official residence, Ilaro Court.

The Attorney General said that while the Barbados Labour Party (BLP) was not totally aware of the levels of corruption in the island while in opposition, they have begun to uncover “startling” information:

“It was difficult for us to make a clear assessment being in opposition at that time... We're gone through file after file and have found a number of startling things."

Giving a range of examples of such findings, he condemned the previous Democratic Labour Party (DLP) government for the lost of “many millions of dollars because of corruption. Using the case of a million dollar invoice which was settled in one day, which fell on the eve of the general election, he asserted that the previous administration only sought to cater to a "chosen few":

"In many instances, contracts were awarded without any tender... There was another glaring set of circumstances and it related to the matter of exorbitant professional fees and legal fees which could not be justified by any reasonable measure...

“It was clear to us that this was all part and parcel of a whole attitude where Government was there not to benefit large numbers of Barbadians, but a chosen few."

He stressed that a variety of efforts are being utilized to address this issue, including allowing persons to provide whistleblowing information.

“The Prime Minister has already stated that we are going to give Barbadians the opportunity to come forward,” he said while adding that they want people to “come forward, speak to the authorities, admit their part in the misdeeds and hopefully be able to purge themselves from the stain of corruption.”

While Prime Minster Mottley spoke to a variety of topics, she also added her voice on the mismanagement of funds, stressing that Barbadian administrations before 2007 placed great emphasis on being “fiscally discipline”:

“Even in those early days we never had governments that spent more than they earn… and never more than 20 million.”

She went on to reinforced her government’s position on the issue by urging Barbadians to play their part in ridding the island of corruption:

"We will need to be disciplined, we will need to engage in sacrifice… because corruption is a cancer that literally takes away money and resources, that takes away from spend on those people who actually need it.”