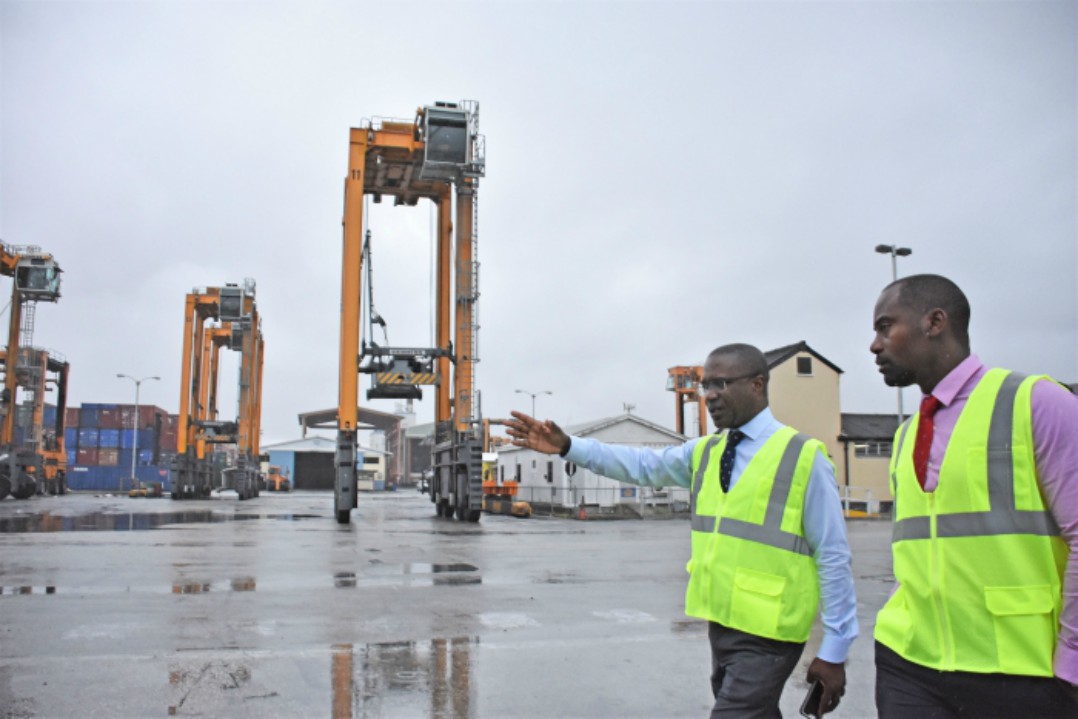 A number of contracts at the Barbados Port Inc. (BPI) entered into within the last three years are under review.

And, Minister of Maritime Affairs and Blue Economy, Kirk Humphrey, has given the assurance that when the review process has been concluded, the information would be made known to Barbadians.

He made these comments following a tour of the BPI with Permanent Secretary in the Ministry, Esworth Reid; Chief Executive Officer of the BPI, David Jean-Marie and other officials yesterday.

The Minister said there were some contracts signed with Berths 5 Project Inc. worth close to $60 million and another for Berth 6 to the tune of $190 million.

However, he stressed that the review process was not intended as a “witch hunt on anybody”, but rather to ensure that all Barbadians benefited in the long run.

“At the end of the day, a contract is a contract, and we have a responsibility to review them; …. if it is indeed possible to approach the contract in a way that would allow us to make maximum benefit of it, then of course,” he stated.

Humphrey added that if it was felt that Barbadians’ rights were being denied, or that the contract was entered into without following the correct procedures, then it would be pursued and someone would have to be held accountable.

“I am not in a rush to review a contract. We will take our time and we will go through all the contracts and ensure that at the end of the day, Barbadians get the best possible deal. We are not going to be jumping to any conclusions. We will make sure that both parties get a fair share,” he emphasised.

Meanwhile, the Minister disclosed that it was expected that a new board should be in place at the BPI by next week. Once constituted, he said, the board would be tasked with finalising the operations at the BPI to ensure that it was the most efficient port in the island.

Overall, Humphrey said he was generally pleased with what he had seen and with the way in which the BPI was being managed.

Meanwhile, Jean-Marie said all construction at the Bridgetown Port had been placed on hold pending the outcome of the review process. He added that the Port had a certified workforce who worked well and a modern fleet of equipment.

“We are very efficient in the way that we do things here,” he remarked.