Prime Minister Mia Mottley has given the assurance that the damaged roads in Pot House, St John will be given special attention.

The PM has also called on all Barbadians to aid in the cleanup of the island as they head into the Christmas period.

Her comments were made today, December 16 as she and several members of Cabinet and the private sector toured the St John area.

Residents of the area have been complaining about the state of the roads for months, with some insisting the area has been neglected for decades. 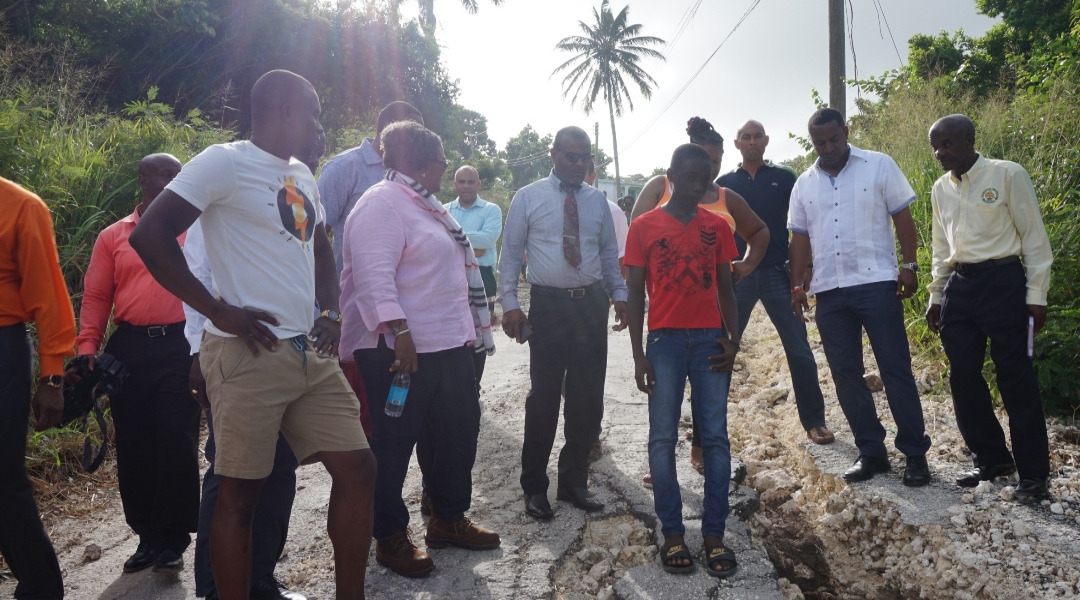 The roads are practically impassable to vehicular traffic and residents have been forced to reroute entirely to avoid the severely damaged roads.

One resident, Evadney Bolden, told Loop how she has coped during her 44 years living in Pot House.

"The road has been like this my whole life and nobody care bout fixing it. So we gotta avoid it especially when it rain."

Other residents also spoke to problems with drainage that had caused the road to collapse recently and these concerns were highlighted to the Prime Minister during the tour.

Prime Minister Mottley reassured the residents there would be special attention given to addressing the problems. Even though she emphasized the urgency of the work to be done, the PM said it would not be possible to complete road repairs in time for the Christmas holidays.

"Regrettably we won't be able to get it all done by Christmas Day, but we have people coming home. Our family and friends coming home for 'We Gatherin', therefore we need between now and the 31st of January to literally have a massive all-out cleanup of this country."

Putting forward a price tag of $2 million, the Prime Minister laid out plans to hire over 350 people to lead the cleanup of the island with 65 people already contracted with the Ministry of Transport and Works (MTW) to keep the highways of the island clean.

The PM said government will introduce a series of civil penalties to assist in incentivising Barbadians in the clean-up endeavor and give them a sense of responsibility.

She added government will do its part to helping to alleviate problems such as the ones at Pot House, St John going into 2020.