PowerX4 Next Gen focused on locals 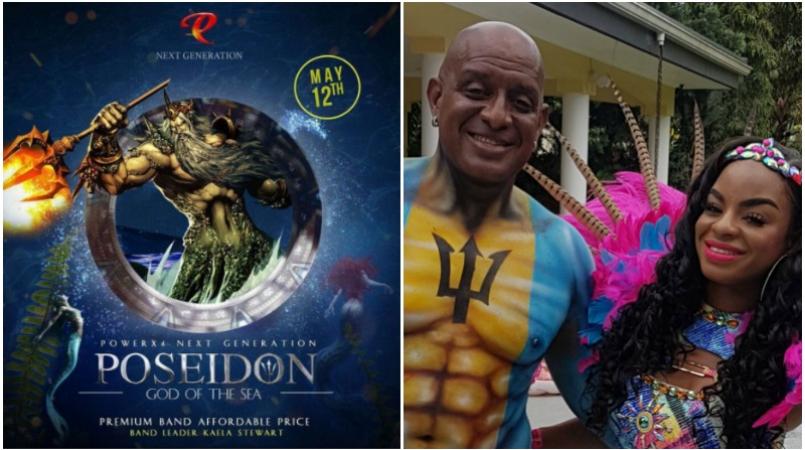 PowerX4 is back in the Kadooment mix and is ready to deliver an affordable premium band that appeals to hundreds.

“But our main thing is to try and get the locals back out there on the road. Get the young generation coming out, even the older ones who want to party. You’re as young as you feel. Come out and have a good time on the road. That is going be our main focus.

“It’s not about fighting up with the other bands, we wish everyone the best and wish everybody would sell out. At the end of the day it is something that we are in together and we wish the best for Grand Kadooment.”

This was disclosed to Loop by Manager Director of PowerX4, Chetwyn Stewart.

Last year Stewart had revealed that his 23-year-old daughter Mikaela, who also goes by 'Kaela' will be taking the reins as Band Leader of the Crop Over Band – Power X4, and she is on top of the design and look of this year’s costumes themed ‘Poseidon – God of the Sea’.

Stewart who is in charge of the PowerX4 brand and company told Loop:

“It’s the next generation of PowerX4. We’re doing a premium band, but affordable price.”

Asked if they are aiming to return to take a title, which in the past they gained numerous times – Largest Band on the Road, he laughed and said:

“PowerX4 will always be a large band. What we are going to do is try to get out there early, because we always come late. So we trying to come a little bit earlier than normal and then see the response, but it will be a large band but it obviously wouldn’t be as large as in the past, not for the first year.”

But noticing a decline in the number of persons jumping for Grand Kadooment in recent times, Stewart pledged that they are working to improve the number of masqueraders hitting the streets coming the first Monday in August 2017.

Saying that he believes that largest band through the stadium last year was 700, he said, “Grand Kadooment itself is actually in trouble with the numbers going on the road. Yes, the standard of the mas has improved and ‘yes’ you have a lot of overseas people coming in, but the big problem is that you have a lot less locals going on the road Kadooment Day, and that is a big problem that I’ve seen.

“So what we are trying to do with PowerX4 now is actually encouraging the younger generation to come and go on the road, not just to play the Foreday morning or to stop home, you need that, because Grand Kadooment is the climax!”

Reminiscing about the days when PowerX4 would cross the stage with 1300 and Baje would be going through with “1000 or 1100”, he said, “Thousands of people come on the road to watch but the bands are shrinking, so that needs to be addressed and we are trying to address that, so I am happy that my daughter is interested and that she is coming out there and we’re going to be behind her in the background.”