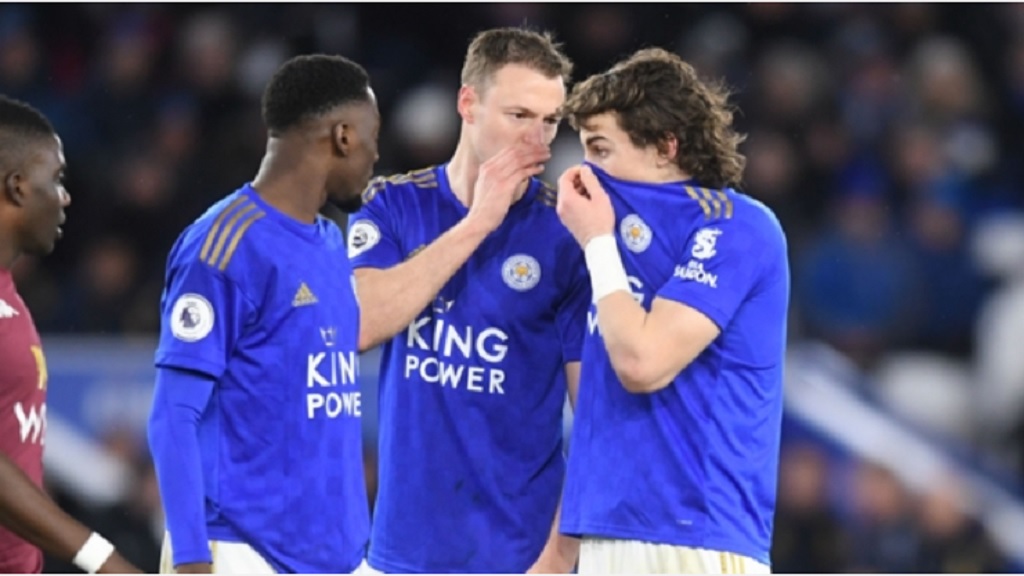 Leicester City players talk during the last Premier League game before play was suspended because of the spread of coronavirus.

Premier League clubs have agreed to consult their players about taking 30 per cent pay cuts due to the coronavirus pandemic.

The proliferation of COVID-19 has seen the majority of global sport grind to a halt, with a meeting of Premier League shareholders on Friday acknowledging England's top flight will not get back under way at the start of May.

Tottenham, Newcastle United, Norwich City and Bournemouth have placed at least part of their non-playing staff on furlough leave at the United Kingdom government's expense.

Health secretary Matt Hancock called on Premier League footballers to "take a pay cut and play their part", with the Professional Footballers' Association (PFA) attracting criticism for a lack of action in agreeing such measures.

However, clubs will now approach their players about reducing their salaries while football is on hiatus.

A Premier League statement read: "The sporting and financial implications for Premier League clubs as well as for the FA, EFL and National League were considered at today's meeting.

"In the face of substantial and continuing losses for the 2019- 20 season since the suspension of matches began, and to protect employment throughout the professional game, Premier League clubs unanimously agreed to consult their players regarding a combination of conditional reductions and deferrals amounting to 30 per cent of total annual remuneration.

"This guidance will be kept under constant review as circumstances change. The League will be in regular contact with the PFA and the union will join a meeting which will be held tomorrow between the League, players and club representatives."

The Premier League also announced that £125million would be advanced to the EFL and National League due to the "severe difficulties clubs throughout the football pyramid are suffering at this time".

All leagues overseen by the EFL and National League have been suspended indefinitely.

An additional £20m has been committed to support the NHS, communities, families and vulnerable groups during the pandemic.

"This includes a direct financial contribution to the NHS and funds to enable clubs to refocus their efforts and develop significant outreach programmes to help communities, including those most in need. This funding will enable both immediate and longer-term support during the crisis," the statement read.

"In response to COVID-19, Premier League clubs have been supporting tens of thousands of people in their communities each and every day through targeted activity including donations to foodbanks, telephone calls to the elderly, food parcels delivered to the vulnerable and a wide range of free resources to support wellbeing and education.

"Many Premier League clubs are also working closely with their local NHS Trusts to provide valuable support through the provision of resources, volunteers and facilities. Now, more than ever, clubs are playing a vital role to support the wellbeing of those in their communities and alleviate pressure on critical health services.

"Working closely with the Department of Health and Social Care, Public Health England and the NHS, the wide reach and appeal of the Premier League and our clubs will continue to be used to promote important public health messaging throughout this crisis.

"The Premier League would like to reiterate that the thoughts of all our clubs are with all those directly affected by COVID-19​."