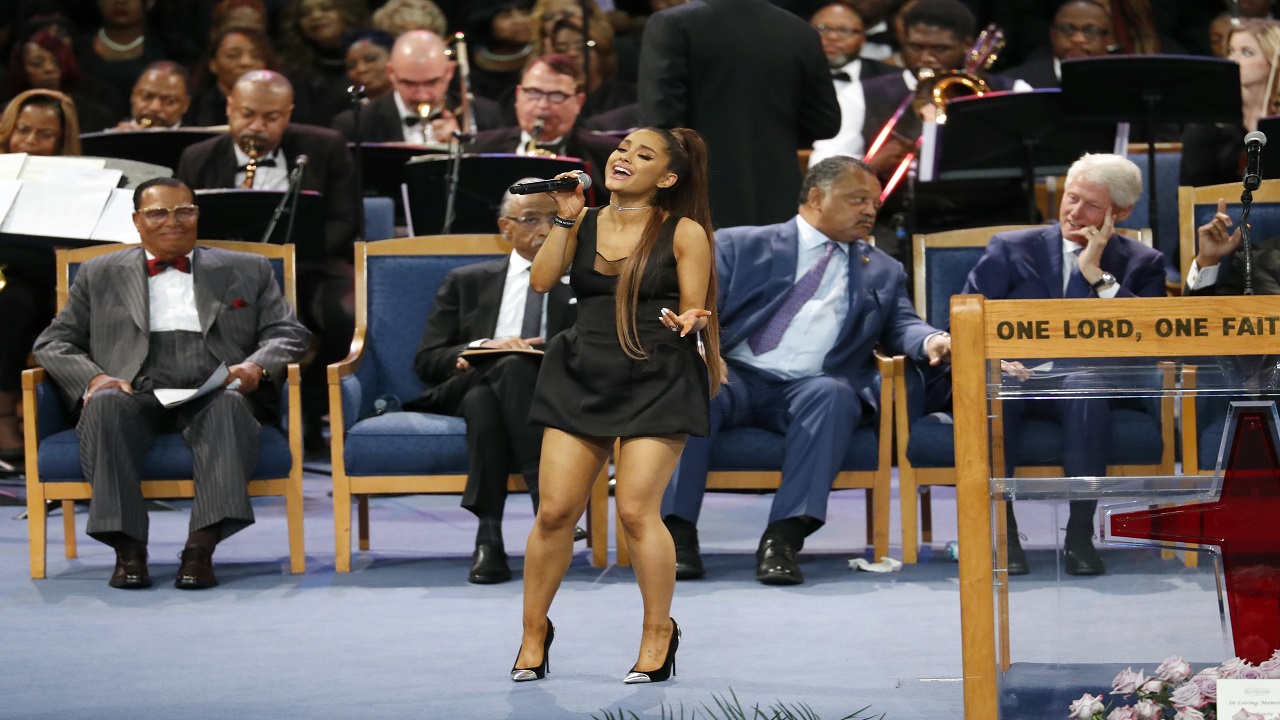 Former presidents and preachers joined a parade of pop stars Friday in a singing, hip-swaying, piano-pounding farewell to Aretha Franklin, remembering the Queen of Soul as a powerful force for musical and political change and a steadfast friend.

Robinson, the Motown great, remembered first hearing Franklin play piano when he was just 8 and remained close to her for the rest of her life, talking for hours at a time. "You're so special," he said, before crooning a few lines from his song "Really Gonna Miss You," with the line "really gonna be different without you."

Bill Clinton described himself as an Aretha Franklin "groupie" whom he had loved since college days. He traced her life's journey, praising her as someone who "lived with courage, not without fear, but overcoming her fears." 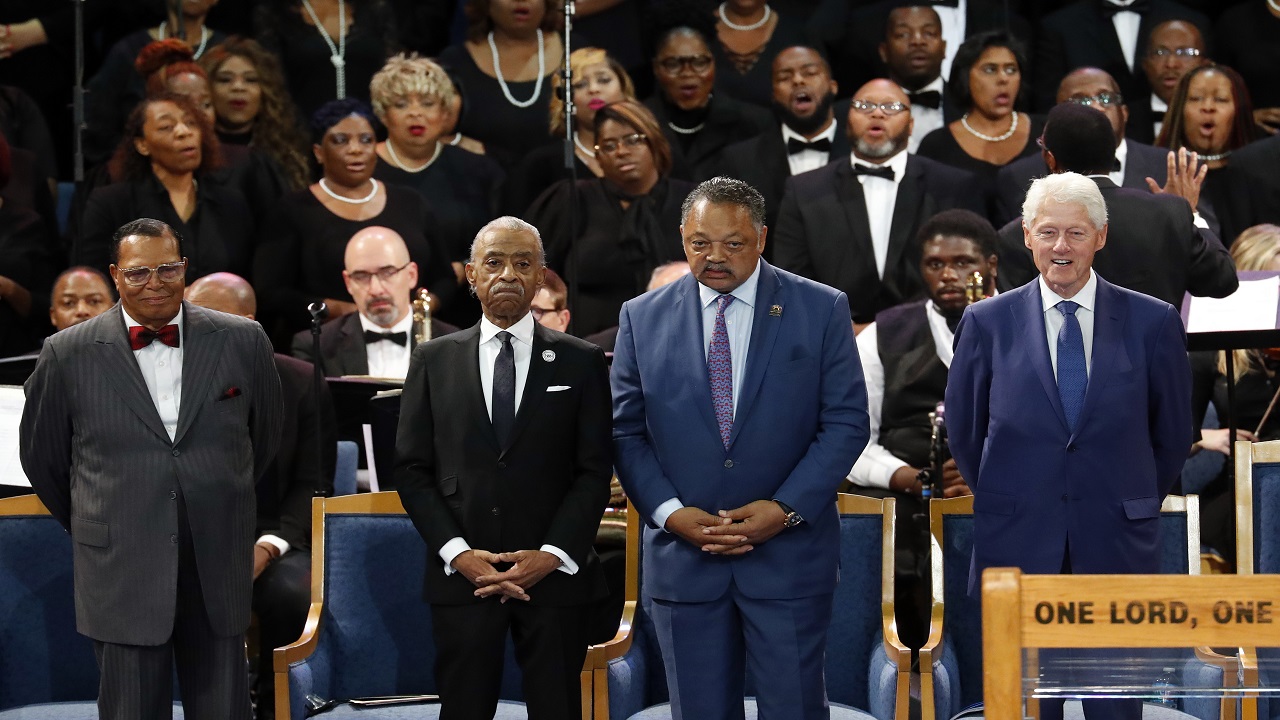 He remembered attending her last public performance, at Elton John's AIDS Foundation benefit in November in New York. She looked "desperately ill" but managed to greet him by standing and saying, "How you doin,' baby?"

Clinton ended by noting that her career spanned from vinyl records to cellphones. He held the microphone near his iPhone and played a snippet of Franklin's classic "Think," the audience clapping along.

"It's the key to freedom!" Clinton said.

Expected to last several hours, the service encompassed many elements, emotions and grand entrances that were hallmarks of her more than six decades on sacred and secular stages. 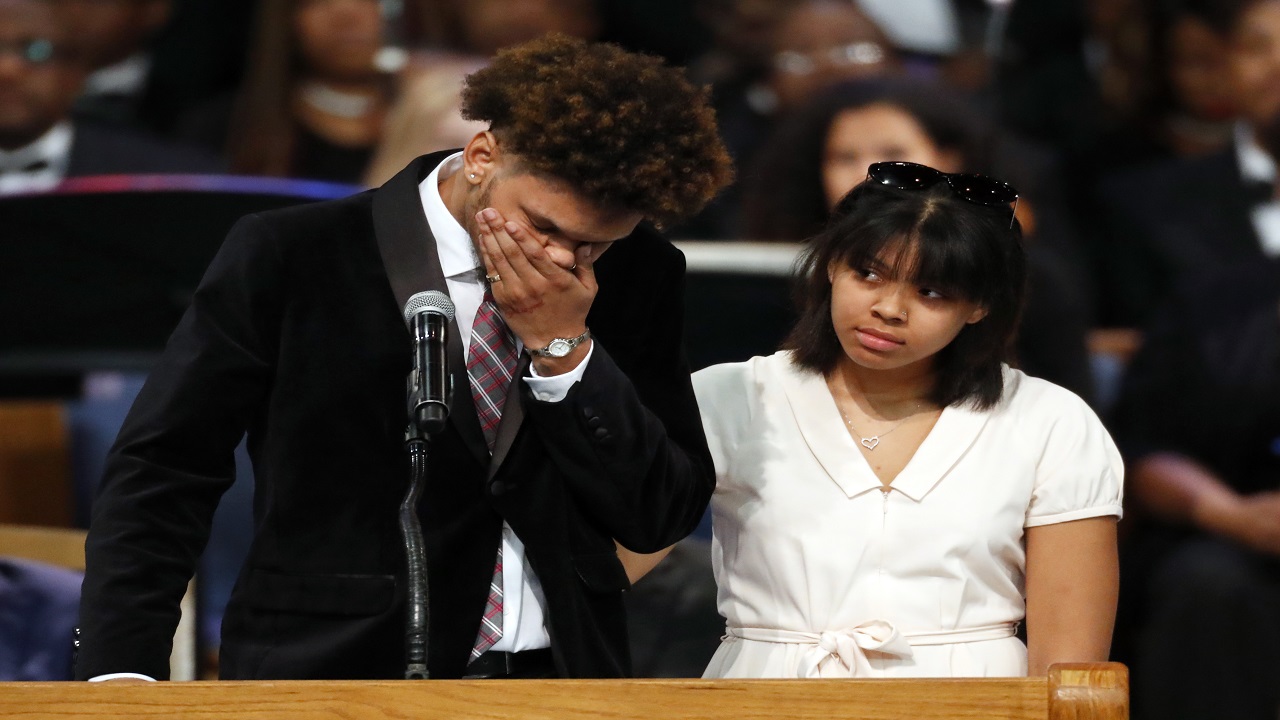 Ariana Grande sang one of the Queen's biggest hits, "(You Make Me Feel Like) A Natural Woman," and Faith Hill performed "What a Friend We Have In Jesus." The Aretha Franklin Orchestra performed a medley featuring "I Say a Little Prayer," ''Angel" and other songs she was known for, along with such gospel numbers as "I Love the Lord" and "Walk in the Light."

Sharpton received loud cheers when he criticized President Donald Trump for saying that the singer "worked for" him as he responded to her death. "She performed for you," Sharpton said of Franklin, who had sung at Trump-owned venues. "She worked for us."

"She gave us pride. She gave us a regal bar to reach. She represented the best in our community," Sharpton said.

Many noted her longtime commitment to civil rights and lasting concern for the poor. Her friend Greg Mathis, the award-winning reality show host and retired Michigan judge, recalled his last conversation with her. They talked about the tainted water supply in Flint. "You go up there and sock it to 'em," she urged Mathis, paraphrasing the "sock it to me" refrain from "Respect."

Her body arrived early Friday in a 1940 Cadillac LaSalle hearse. She wore a shimmering gold dress, with sequined heels — the fourth outfit Franklin was clothed in during a week of events leading up to her funeral.

The casket was carried to the church that also took Franklin's father, the renowned minister C.L. Franklin, to his and Parks' final resting place at Woodlawn Cemetery, where the singer will join them. Pink Cadillacs filled the street outside the church, a reference to a Franklin hit from the 1980s, "Freeway of Love."

Program covers showed a young Franklin, with a slight smile and sunglasses perched on her nose, and the caption "A Celebration Fit For The Queen." Large bouquets of pink, lavender, yellow and white flowers flanked her casket.

Floral arrangements from singers such as Barbra Streisand and Tony Bennett and from the family of the late Otis Redding, whose "Respect" Franklin transformed and made her signature song, were set up in a hallway outside the sanctuary.

Detroit plans to honor one of its most famous residents. Mayor Mike Duggan announced during the service that the city would rename the riverfront amphitheater Chene Park to "Aretha Franklin Park."

Bishop Charles Ellis III of Greater Grace knows well the boldface guest list and surrounding pomp and circumstance, but he has a higher mission in mind.

"It is my goal and my aim to ensure that people leave here with some kind of spiritual awakening," Ellis said. "This is not a concert, this is not a show, this is not an awards production. This is a real life that has been lived, that a person regardless of how famous she became, no matter how many people she touched around the world, she still could not escape death."

Family members, among them granddaughter Victorie Franklin and niece Cristal Franklin, spoke with awe and affection as they remembered a world-famous performer who also loved gossip and kept pictures of loved ones on her piano.

"I'm sad today, because I'm losing my friend. But I know the imprint she left on this world can never be removed. You showed the world God's love, and there's nothing more honorable."

Hundreds line up to pay respects to Aretha Franklin

'No one did it better' - Reaction to Aretha Franklin's death

Aretha Franklin, the 'Queen of Soul', is dead