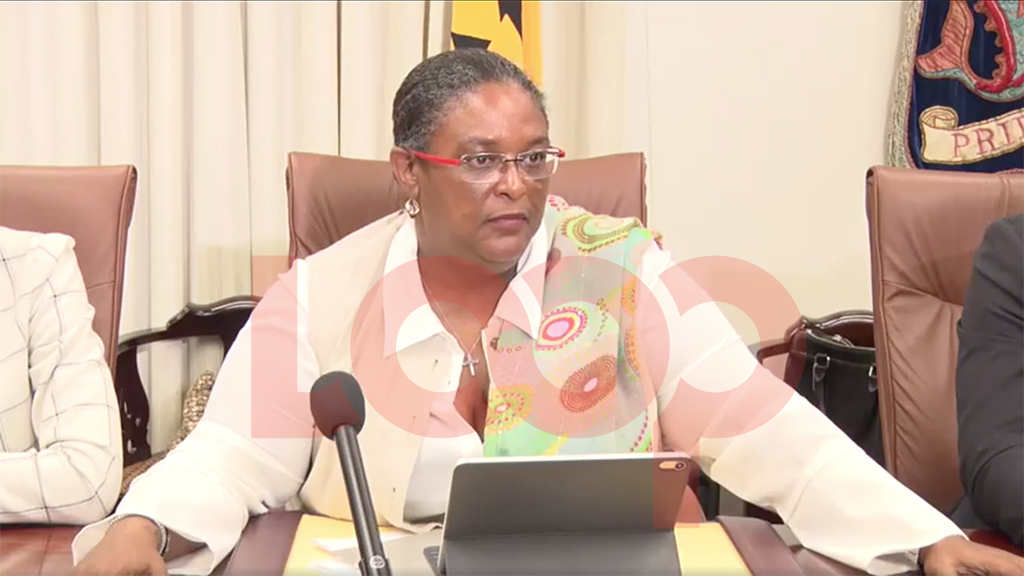 The Barbados Youth Service (BYS) is to be "collapsed" and in its place a civil-defence organization established.

She said from September this year, the proposed Barbados Youth ADVANCE Corp, which would incorporate the currently limited Youth Service, annually would take in between 800 to 1 000 students who would have left school within the last two years. These recruits, in the two-year cycle of the programme, would be given training and career development experience.

“One of the key platforms for the various cohorts will be exposure to digital transformation whether from a graphics perspective, coding or robotics for those who are more mechanically oriented. They will [also] be exposed to construction, design, community projects and service, both of a welfare nature and well as an infrastructural nature. They will be what other countries may call a civil defence corps.

“The students will receive a monthly stipend of $600 to help them get there, get home and take care of themselves . . .. Effectively that two year period will be a combination of learning, discipline, citizenship reinforcement and also the ability to participate in some form of work attachment, first job initiative, apprenticeship or mentorship depending on the individual. You would appreciate that the number are large and there has to be a range of opportunities given to them,” Mottley explained.

The Prime Minister outlining some of the logistics that would be involved further explained the numbers needed for the Corp would come from four different tranches; the first of which will be drawn from with the September intake of the BYS.

“The Director of the Barbados Youth Service will meet with the parents and the students themselves to be able to inform them of the change and to give them the option of transitioning into this new programme. The benefits of this new programme would be, whereas the Barbados Youth Service was limited to one year – six months within the service day-to-day, including a 12-week residential [stint] and then six weeks on a work attachment; this will be a two-year programme.

“In the Barbados Youth Service, [the recruits] would only have received a stipend at the end with the work attachment. This one is six weeks residential [element], but it will also have different components where the young people would be reinforced and be coming back in to work and to be exposed to the discipline and the hierarchy.,

Mottley told reporters this Civil Defence Corp, though falling under the Ministry of Youth Affairs, would be working closely with the Ministry of Education, Technical and Vocational Training and the Prime Minister’s Office through the Ministry of National Security and with the Barbados Defence Force.

“By effectively establishing the Corp, it also means that in the event of a national emergency, we will have a core of people who would have been trained in basic things relating to First Aid, Disaster relief  . . . all of the types of things necessary in order to be able to help us out of a disaster.”

In terms of costs, Mottley said the full cost of the programme, once operational, was likely to be in the vicinity of approximately $20 million.

She also explained that it was unlikely that the full cost would come to bear until the fiscal year 2021 – 2022, given that, as a two-year programme, the intake would be staggered.

“And our projections show that the growth that we expect to see in our economic performance generally, as well as in our revenue, as well as in the efficiencies that we are bringing about in our expenditure, that will give us the space to undertake this,” Mottley added.

Meantime, Minister of Youth and Community Development Adrian Forde revealed that the Youth Service, which started in 1991 with an intake of 330 recruits, had seen this drop in some instances by almost 400 per cent and was struggling with intakes sometimes below 200 persons.

“The National Youth Service needs to be rebranded . . .. We will carry out a series of training and developmental programmes, which will ensure that when these young people leave this Corp, they will have the basic tenets with which they can succeed in life.

Church going all out to rescue youth from evil forces, end gun crimes