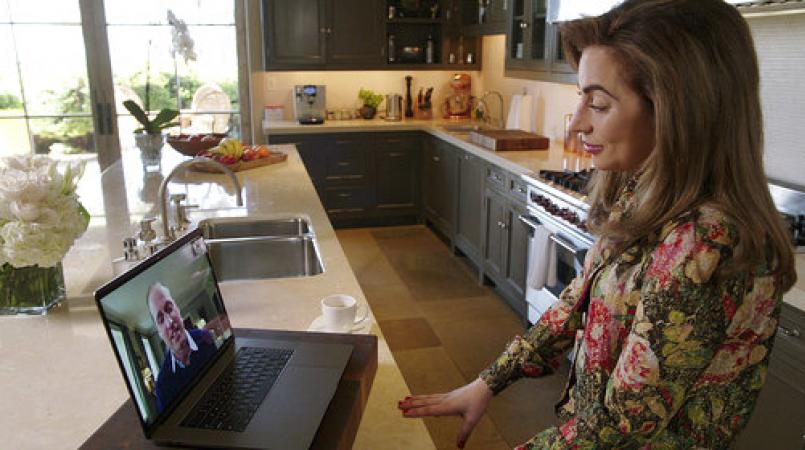 Prince William has enlisted Lady Gaga in his campaign to persuade people to be more open about mental health issues.

The heir to the British throne released a video Tuesday in which he speaks with the pop star via FaceTime. Lady Gaga, who last year spoke out about her struggles with post-traumatic stress disorder, places the call from her kitchen in California, and William answers at his desk in Kensington Palace.

"It's interesting to see and hear from you how much having that conversation has really made a difference to you," William said in the video. "It's so important to break open that fear and that taboo which is only going to lead to more problems down the line."

The conversation is part of the latest blitz by the young royals as they campaign to end the stigma associated with mental health issues. William and his wife, the Duchess of Cambridge, along with his brother, Prince Harry, have made mental health a focus of their charitable work.

It comes a day after the Daily Telegraph published an unusually candid interview with Harry. The 32-year-old prince acknowledged that he spent nearly 20 years "not thinking" about the death of his mother, Princess Diana, and that he only got help after two years of "total chaos."

Though the royal family has toiled for years for hundreds of charities, the work on mental health represents something of a departure — in part because of the taboo long associated with psychological issues. It can be seen as an extension of the work of Diana, who among other things shook the hand of an HIV-positive man during the height of the Aids crisis.

"She created the new template, the new orthodoxy," said Ellis Cashmore, a visiting professor of sociology at Aston University and the author of "Elizabeth Taylor: A Private Life for Public Consumption."

"She was rewriting the script of the royals for the future."

Mental health charities are flatly thrilled. Comments from the royals gain immediate attention — particularly when they offer tantalizing revelations about their private lives. But mostly the comments show that it is normal to seek assistance when going through tough times.

The Campaign Against Living Miserably, or CALM, said research shows that men particularly have trouble telling others when they feel depressed.

"Prince Harry sharing how he needed support to cope with losing his mother shows both how normal it is to go through a tough time and how much opening up can help," CEO Simon Gunning said in an email.

"Hearing public figures say they've felt better after opening up can help chip away at feelings of embarrassment, meaning more guys will seek support when they need it."

Lady Gaga brings even more attention to the cause. She told Prince William in the video that talking more openly about mental health would let people feel like "we are not hiding anymore."

"Even though it was hard, the best thing that could come out of my mental illness was to share it with other people and let our generation, as well as other generations, know that if you are feeling not well in your mind that you're not alone and that people that you think would never have a problem, do," she said.

William also applauded grime musician Stormzy for talking about his battle with depression in the publication CALMzine.

"There may be a time and a place for the 'stiff upper lip', but not at the expense of your health," William said in CALMzine.