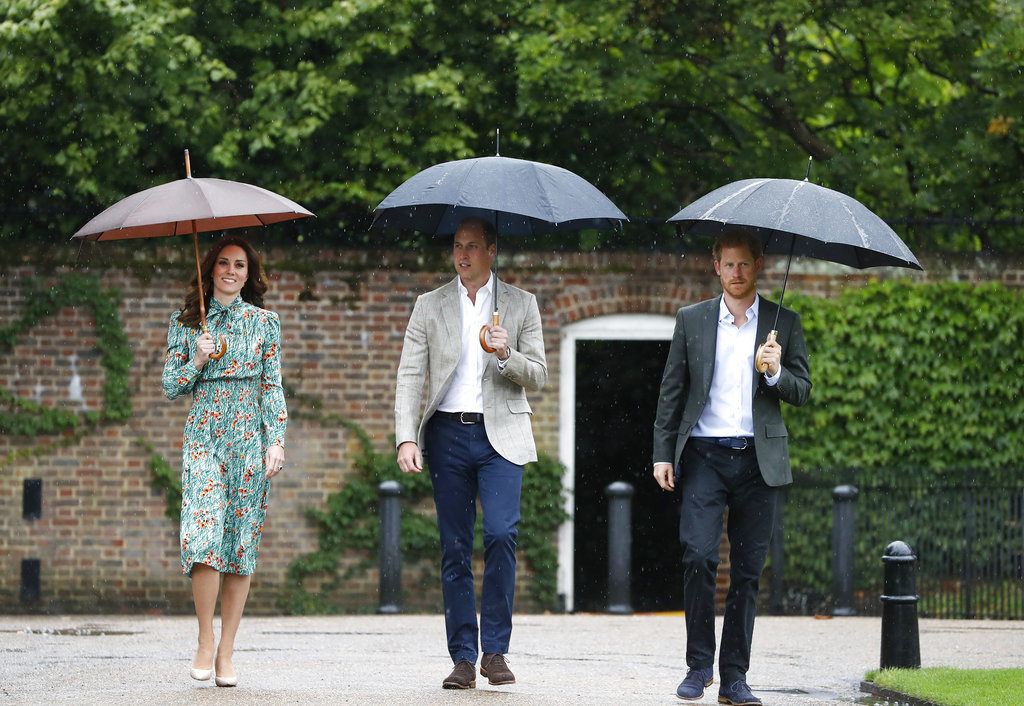 Princes William and Harry have paid tribute to their mother, Princess Diana, on the eve of the 20th anniversary of her death by visiting a memorial garden at Kensington Palace and honoring the charity workers who once worked with her.

The engagement Wednesday at the Sunken Garden allowed the young royals, including William's wife, the Duchess of Cambridge, to honor Diana's work with charities. The garden has been planted in white and dedicated to the princess at her former home, where she once would stroll by and ask the gardeners about their ever-changing displays.

In the pouring rain, the royals huddled under umbrellas to meet with representatives from charities that the late princess supported. Diana's children have promised to carry on her charity work and chatted animatedly with their visitors.

The weeks before the anniversary of Diana's death have been met with reflection in Britain as the public remembers "the people's princess" and considers her contributions to the country and the monarchy. Fans of the late princess have been leaving photographs, flowers and flags at the palace gates to remember her.

The 36-year-old princess died in the early hours of Aug. 31, 1997. Her Mercedes, pursued by paparazzi, crashed into a concrete pillar in the Alma Tunnel in Paris while traveling at more than 60 mph (100 kph).

Diana, her boyfriend Dodi Fayed and their driver Henri Paul were all killed. Her bodyguard, Trevor Rees-Jones, was injured but lived.