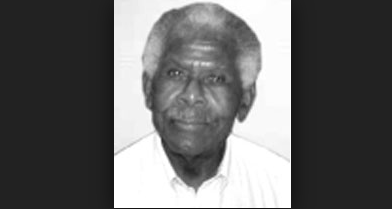 "A UWI stalwart” is how Vice-Chancellor of The University of the West Indies (UWI), Professor Sir Hilary Beckles describes the late Professor Sir Kenneth Stuart.

In 1952, Sir Kenneth joined the staff of the newly established University Hospital of the West Indies in Jamaica as its first Senior Registrar in medicine.  He was later promoted to Consultant then Lecturer, became the first West Indian Professor (1966) and subsequently Dean of the Faculty of Medicine (1969) a post he held until his retirement from The UWI in 1976.  He then served as Medical Advisor to the Commonwealth Secretariat in London from 1976 - 1984.

He was an eminent physician who held the title of Fellowship of the Royal College of Physicians of London (FRCP), an accolade given to some of the most exceptional and innovative physicians in the world. He received the distinction of ‘Knight Bachelor’ from Her Majesty the Queen in July 1977.  The citation read: “for services to medicine in the Commonwealth in general and the Caribbean in particular.”

Vice-Chancellor Beckles expressed condolences on behalf of The UWI community to Lady Barbara Stuart as well as the friends, family and colleagues of Sir Kenneth. He said, “Sir Kenneth exemplified within The UWI the spirt of the gentleman-scholar. His legacy as a man of letters, scholastic expression, and public service is globally known and respected. His colleagues-peers and successors-celebrate this stalwart who did so much to lay the strong and sustainable foundation upon which The UWI rests today as it approaches seventy years of service to the Caribbean region and the world beyond.”

Much of Sir Kenneth’s area of focus was in hepatic and cardiovascular disorders and he is published in many medical journals on the subject. During his work in Jamaica he described two previously unknown medical disorders ‘acute toxic hypoglycaemia’, and ‘veno-occlusive disease of the liver’. With his colleagues, these conditions were identified and nearly eliminated from the country in less than two decades. Some of his notable public service includes Chairman of the Court of Governors of the London School of Hygiene and Tropical Medicine, Medical Adviser to the Commonwealth Secretariat, London and consultant adviser to the Wellcome Trust, a biomedical research charity based in the UK.