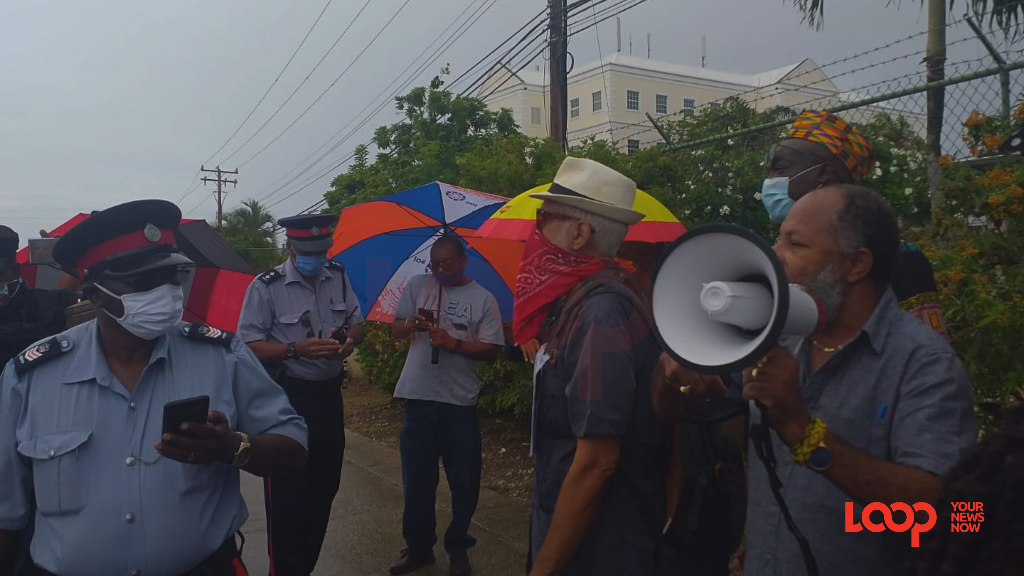 What was to be a peaceful picket in support of the Black Lives Matter movement instead turned into a clash between protest organisers and members of the Royal Barbados Police Force (RBPF).

In seeking to clear the air, Officer in Charge of the Bridgetown Division, Senior Superintendent Antonio Forte contended that the conditions under which the permit was granted were breached. This resulted in the revocation of the permit.

Conditions of the permit included a limit of 10 persons participating in the march. The 10 were expected to walk no more than two abreast, adhere to strict physical distancing protocols and wear masks. In addition, there was to be no obstruction of the highway where the march was to be held in Wildey. Placards or banners used were to be no more than six-feet square and all materials being used were to be adequately sanitized.

In a statement to the press, explaining why the permit was revoked, Senior Superintendent Forte stated:

“During the preparation for the start of the march it became evident that the number of participants far exceeded the numbers specified in the permit. This was an obvious breach of the conditions that were agreed to and as a result a decision was made by the Commissioner of Police to revoke the permit.”

A statement posted to David Denny’s Facebook page stated that a Zoom Meeting will be held on Sunday 7 June, 2020 to “discuss the Royal Barbados Police Force aggressive action against the People of Barbados”. It further announced that the Caribbean Movement for Peace and Integration is planning to stage a social distancing march on Saturday, June 13, 2020, at 11 am and would seek to engage the Barbados Police Force to discuss the “march and further protest action”.

Denny is the General Secretary of the Caribbean Movement for Peace and Integration, one of the organisers of today’s protest. The Black Saturday protest at the US Embassy in Barbados was organised in conjunction with the 13th June 1980 Movement in response to the recent murder of George Floyd in Minneapolis in the USA. It was scheduled to be held from 11 am to 1 pm.