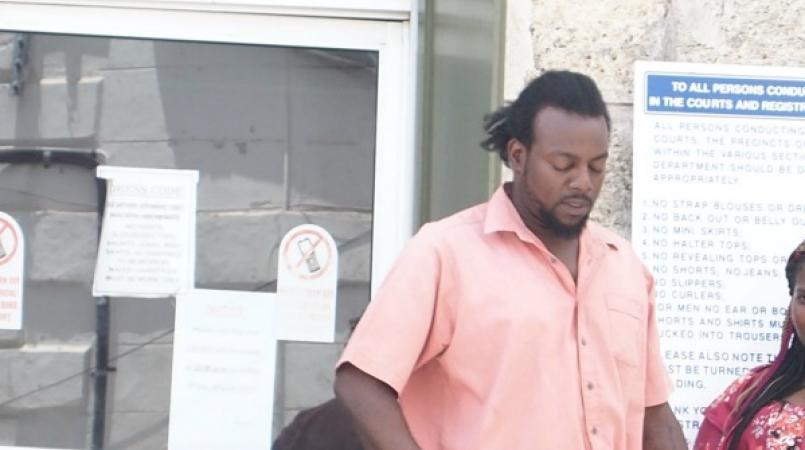 For the second time in two days Troy Glenroy Alleyne found himself on the wrong side of the law.

On Wednesday, April 5, the 34-year-old Public Service Vehicle (PSV) conductor appeared in the District A Magistrate Court charged with using threatening language towards Elwyn Oxley, a transport board driver, with intent to cause him to believe that immediate unlawful violence would be used against him. Alleyne pleaded guilty to using the words, ‘Come out and I gine stab you up til you bleed out’.

The incident occurred at a fast food restaurant in Bridgetown after the two had had an exchange of words while working on the Sam Lord’s Castle route.

24 hours later Alleyne was back in the District A Magistrate Court, this time for unlawfully assaulting Kimberly Herbert on April 5, 2017.  He pleaded not guilty to the charge while telling Magistrate Douglas Frederick ‘if I was guilty I would tell you that I guilty’.

Prosecutor Station Sargeant Neville Reid objected to Alleyne’s bail on the grounds that the accused and the complainant reside in the same house and a weapon was allegedly used in the assault. He also noted the incident occurred shortly after the accused was bailed on similar charges.

Attorney representing Alleyne, Andrew Pilgrim, gave the court the assurance that his client would be leaving the residence where the incident occured and seeking accommodation elsewhere.

Alleyne was granted bail in the amount of $2,500 with one surety and he has been ordered not to return to the residence where the complainant resides.

He is to return to court on April 12, 2017 for the case involving the use of threatening words and for the assault charge, he will reappear June 28, 2017.