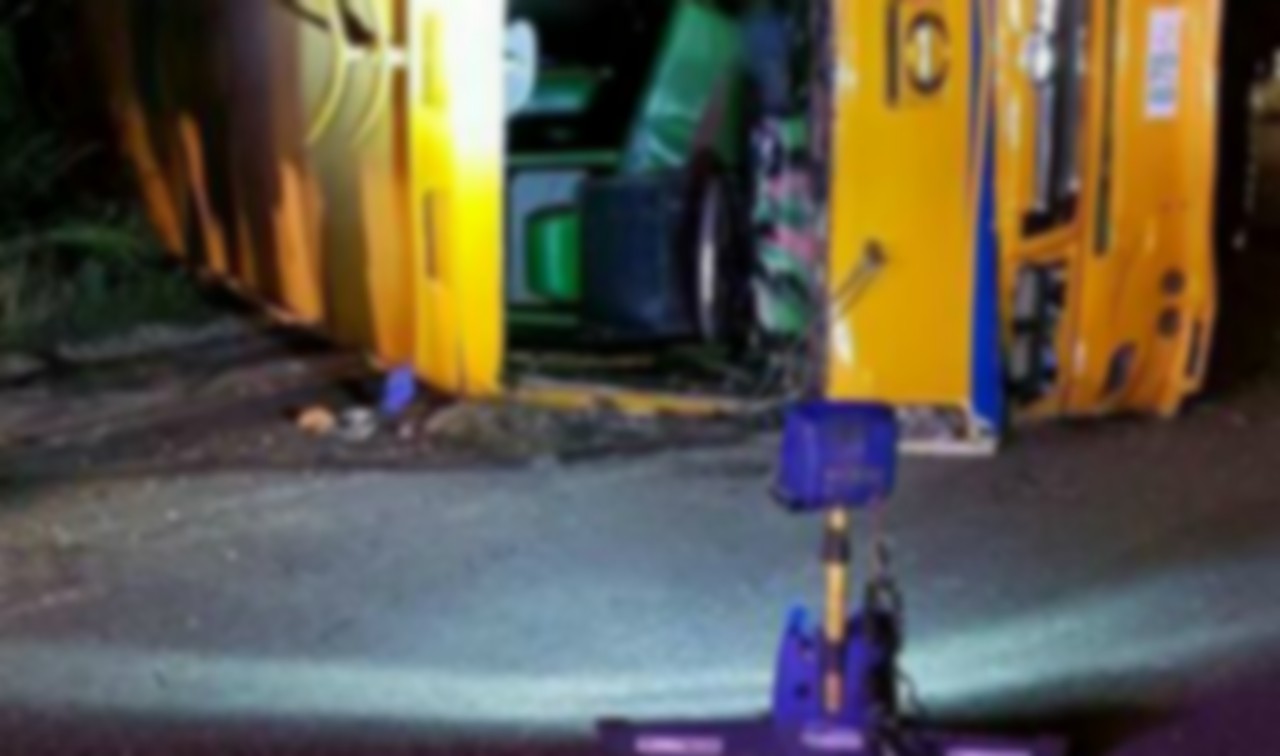 And then there was one.

The Jaws of Life apparatus had to be used by the Barbados Fire Service to free the driver of a minivan after it landed on its right side during a crash.

Last night, Thursday, February 1, emergency responders were on the scene in Walkers, St. George attending to the three occupants of the van.

According to Constable David Alleyne from the Traffic Department, it was coming on to the end of the PSV’s shift around 8:55 pm when the driver reportedly lost control. On board were the driver, the conductor and one passenger.

“He seemed to have swerved to the left, lost control and slip on the right side. The driver was under the bus. He had to be removed by personnel of the Fire Service. So far his injuries didn’t look life-threatening… When it went down on the right side he was trapped,” stated Constable Alleyne.

One commuter who lives along that route told Loop News that the minibus involved in the accident is one of the only two PSVs which work that Drax Hall route.

Therefore today, though commuters who rely on that minibus are grateful the accident was not worse, they are scratching their heads with worry about how they will get to and fro, especially at this time when the Transport Board is apologising for the interruptions to its service.

Police are conducting an investigation into the circumstances surrounding a serious accident which occurred sometime around 8:55 pm, on Thursday, February 1, 2018, whilst along Walkers Road, St. George, involving a minibus.

The minibus was being driven by Kelvin Rudder, 36 years of Ellerton, St. George. He was accompanied by his conductress Jenny Nurse of Melverton, St. George, and a 33-year-old male passenger.

The minibus was travelling along Walkers, St. George, when the driver lost control of the bus, and as a result, it flipped on the right side, resulting in the driver being trapped in the bus. He was subsequently extricated by members of the Fire Services, with serious injuries to his hands. The conductress complained for pain to her elbow, whereas, the passenger did not complain for any injury.

The driver and the conductress were both transported to the Queen Elizabeth Hospital by ambulance.

Two fire tenders and six fire officers under the command of Leading Fire Officer Williams responded to the scene.