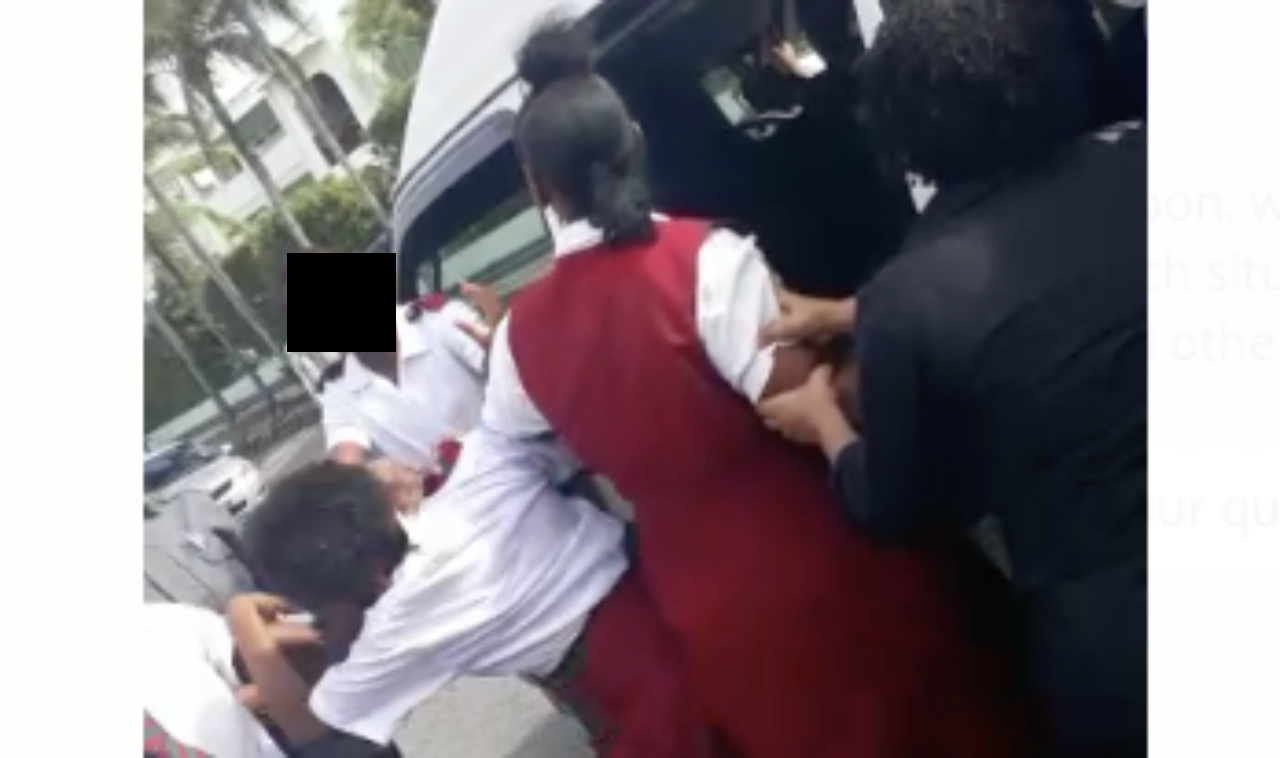 Secondary school students in fight along the South coast road.

A video circulating on social media showing students of a secondary school in St. Michael involved in a fight, which had a route taxi at a standstill at a South coast bus stop, is the last straw.

Some public service vehicle (PSV) operators are being called on to take a page out of the Transport Board’s book now and take any unruly or disruptive passengers straight to the nearest police station.

Giving this advice to his members was Morris Lee of Association of Public Transport Operators (APTO).

Loop News contacted Lee after the video went viral showing what looked like two junior schoolgirls in a brawl. One girl is in the first row of seats in the route taxi while another stepped into the van and starts wildly slapping the occupant. Some boys outside the van try to restrain a senior girl who is viciously trying to get into the van at the occupant as well. At least three adults are seen in the 50-second video amongst the crowd of secondary school children cursing in the background as one records. Two of the adults try without success to break up the fight.

Lee said,  “There has to be zero tolerance for any bad behaviour on PSVs. If children don’t take heed to caution from the staff, retreat to the nearest police station.”

Explaining that first-hand this week he saw a transport bus with close to 100 students, and the driver had to stop the bus, open the back door, step in and threaten to take the bus to the station to bring some calm.

He stressed, “It is not a PSV issue. So, the same instructions that the Transport Board have, I want the PSV to adopt the same policy.”