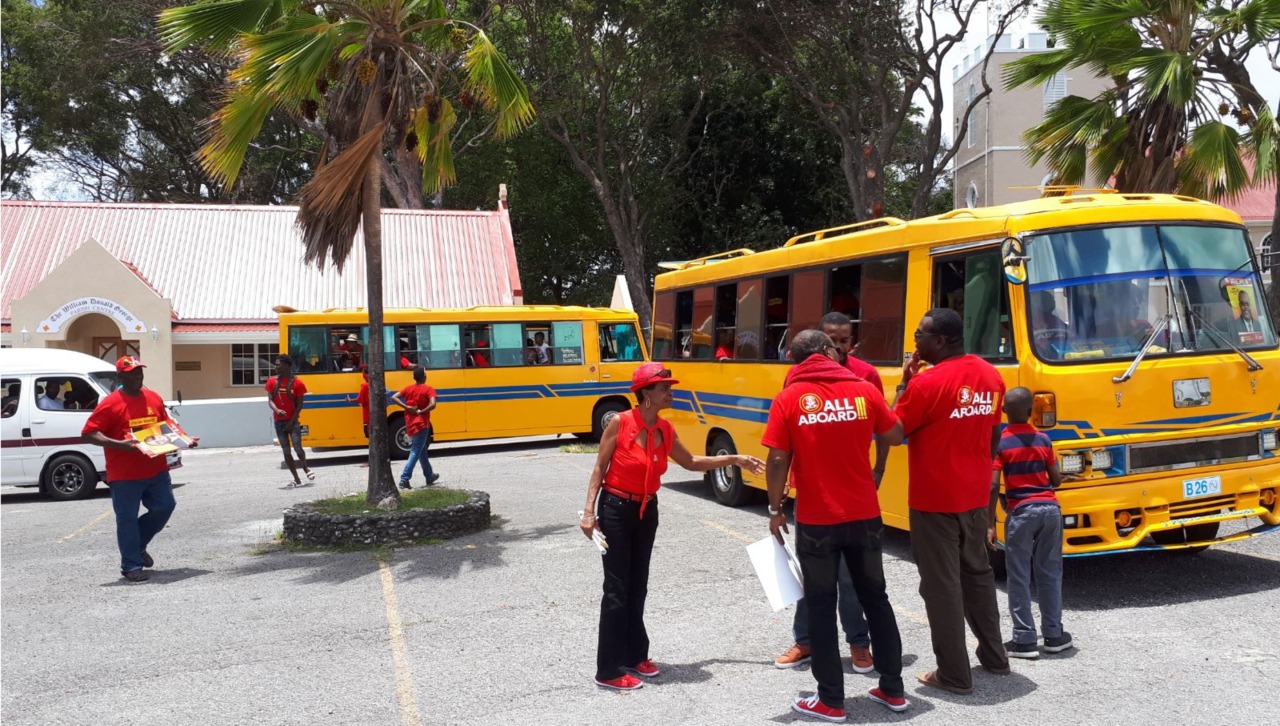 Though some public service vehicles (PSVs) have chosen to still run their routes today, National Heroes Day, others are designated to certain events and will be unavailable to the general public.

The Public Relations Officer of the Alliance Owners of Public Transport (AOPT), Mark Haynes told Loop News that the day's commitments by many of its members will impact upon the wait time of commuters at bus stops across the island.

He said that persons in the North and South of the island will be most heavily impacted. "As a result, the public will be somewhat disadvantaged. There will be some dislocation for which we apologise."

Unable to confirm the exact number of members commissioned, he assured it is a large crowd expected to go to Ermy Bourne Highway and "a significant number" of vans have signed on. However, he suspected that some minibuses will stay at the location for the whole day, while some may leave to conduct regular business and return.

Noting the economic climate, he explained that for some of their membership this was not an opportunity that they could pass up. "The members of APTO were glad to capitalise on this exercise because it reeled in some much-needed cash, so APTO regrets this interruption of service in the affected areas, and apologises to the commuters in the same areas."

But when Loop spoke to the President of Association of Public Transport Operators (APTO), Morris Lee, he said that he does not believe the number of minibuses shuttling persons to the political events today will not significantly impact on the travelling public.

He said, "Bank holidays are usually low volume days, and the quantum of vehicles that will be participating is not a significant amount of the 750 PSVs on the road. I've been hearing something about the [Barbados Labour] Party having one hundred-and-something, even if all those vehicles were PSVs, given the volume, that would only represent 20 percent of the island's fleet. So that cannot have a major impact on a low travel day."

Lifeguard Head warns picnickers: 'we do not want another drowning'